There are already four teams on the confirmed list for the main event. Goliath Gaming, ATK Arena, Energy Esports and VINDICTIVE all received direct invites. Securing four of South Africa’s top teams immediately set the bar high for the level of expectation and anticipation for the maiden Predator Winter Slam.

The finals will consist of eight teams in total — the four invited teams, along with four teams who earned their spot through the qualifiers.

Each qualifier is made up of two single elimination brackets where the winner of each qualifies for the main event. The first bracket runs on Saturday and the other on Sunday, with the bracket on Sunday being a second opportunity for the teams who fell short the day before. The teams playing in Sunday’s bracket are seeded based on their performances on Saturday. All matches of the qualifier will be a best of one up until the final, where a best of three is played. 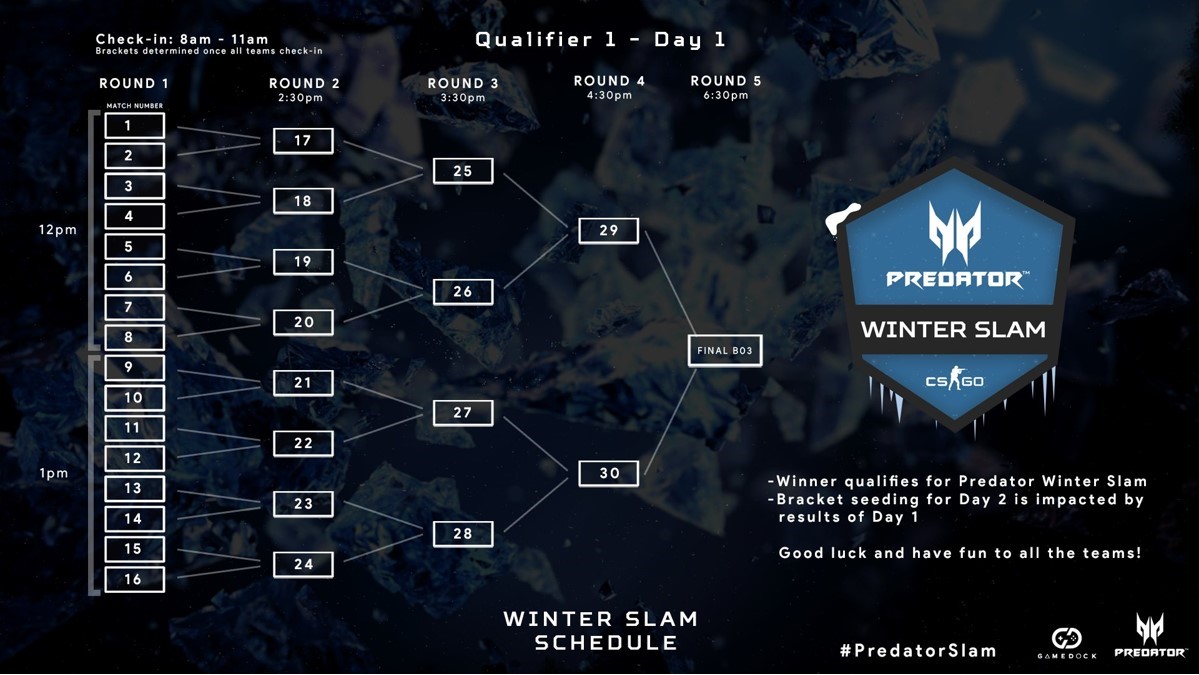 There were a total of 32 slots available, and it didn’t take long for teams to snap up the opportunity to be a part of the event. There are a lot of up and coming teams bubbling beneath the surface who are looking to make a name for themselves, and this is the perfect opportunity. In the end it was the experienced teams who came out on top of the first qualifier, with DNMK Esports and Sinister5 prevailing on the first weekend.

DNMK Esports earned their spot on Saturday with an impressive run throughout the day. Their closest match was against Ekasi Esports which they won 16-12. Other than that, it was smooth sailing for the new organisation. They went up against Online Kingdom in the final where they comfortably won 2-0. It comes as no surprise that they were the first team to qualify, as they’ve been looking good for some time and were one of the favourites to qualify for the main event.

Sinister5 redeemed themselves on Sunday when they beat NiBBLE 2-0 in the finals, although it was no walk in the park. The first map, Vertigo, was NiBBLE’s pick and it went all the way to overtime with Sinister5 eventually closed it out 19-16. The second map of the series was Nuke and it was a far more one sided affair with Sinister5 winning it 16-3. Again, it was no upset that Sinister5 were one of the teams to add their names to the list of confirmed teams for the main event. 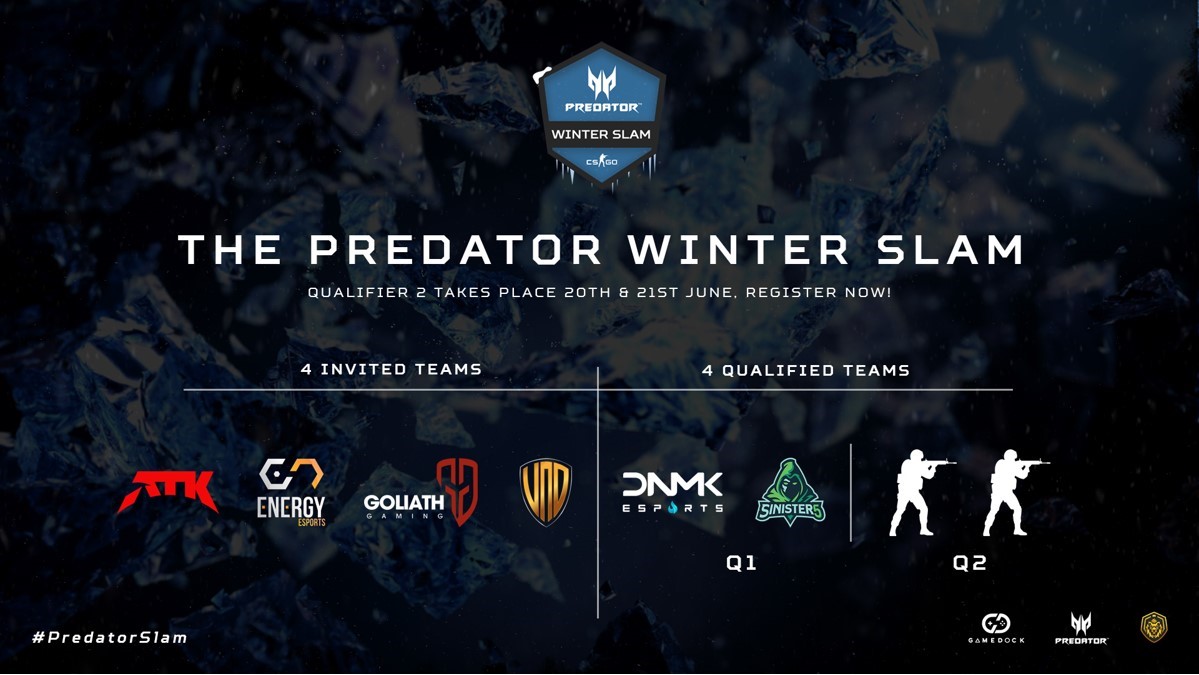 With the first qualifier done and dusted, the second is set to kick off this weekend (20 and 21 June). 32 teams will again duke it out over Saturday and Sunday for the two remaining spots at the main event. There are no clear cut favourites out of the remaining teams, so it’ll be a very interesting weekend of Counter-Strike.

The Predator Winter Slam finals will take place over the weekend of the 27th and 28th June 2020. The eight teams will be battling for the R15,000 prize pool up for grabs Presented by Gamedock. Catch all the action LIVE on Gamedock’s Twitch account and stay up to date on Twitter.

[Images via Gamedock and Acer Predator]