The Energy Esports CS:GO team begin their PLG Grand Slam campaign on 13 December. Standing in their way of the $100,000 prize pool are 15 international teams.

Energy Esports are in Group A with Chinese team 5POWER, Sharks from Brazil and Sweden’s fnatic. Up first for the South African team is fnatic who currently hold rank 11 in the world. As to whether any of the Energy Esports group matches will be broadcast live is unconfirmed but I would suggest keeping an eye on the PLG stream and HLTV feed. UPDATE: It seems there is a third option but it’s in Russian only – head here.

The full event schedule is as follows. Please note that times indicated are UAE times. South Africa is three hours behind. Energy Esports therefore kicks off their campaign at 13h00 on 13 December. UPDATE: the schedule is completely changed after ‘technical issues’ delayed the start of the event:

The tournament groups for the PLG Grand Slam are as follows: 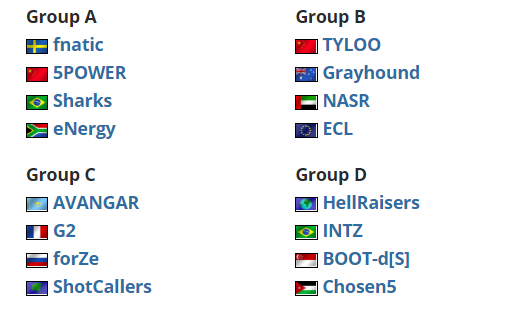 The tournament prize pool will be handed out as follows: