How and when did you get into competitive Overwatch?

A friend of mine, and now also my teammate, Jean-Claude (Xplosiv) Oosthuyse, mentioned the game to me quite soon after it was released and I looked into it and started playing. I only really got into the competitive side around Season 2 or 3 [of ranked] and absolutely loved it!

How and when was Boostios found, and are the current players part of the original roster? What is your role in the team?

Boostios, now WRG.Boostios started in February of 2017 as a group of friends who found themselves playing [Overwatch] together almost every night. We decided to form a team and [managed to find an] additional person to join us via the facebook group [Competitive Overwatch South Africa]. Myself, Kimbo, jO3B, Xplosiv are all part of the original team, [while] Patches, DarkVagician and Visions joined us over the [course of the] past 6 months. My role within the team is the Captain and flex DPS player.

How do you prepare for your VS matches?

We usually prepare with a few warm up matches, quick play if we are short on time, or ranked competitive if we are all online with enough time beforehand.

It was announced just last week that Boostios joined White Rabbit Gaming. How did the team decide on the particular organization?

We were originally part of PewPew Gaming but opted to part ways in January 2018, and were on the lookout for an organisation to represent. We decided that we were looking for a reputable organisation and not just after some form of sponsorship, so we did our research and approached White Rabbit Gaming.

What are your long term goals in playing competitive Overwatch?

The main goal for the team is obviously to do as well as we can and take part in as many competitions as are available. Personally I would like to see Overwatch grow in South Africa to the point where there is a larger following, which will in turn  increase the size of competitions etc.

With Boostios arguably being one of the top local teams, were there other offers and are prominent local MGO’s actively looking to add Overwatch teams to their line ups?

Thanks! Yes, there were a few offers over the past few months but we were in no rush to join an MGO just for the sake of being part of one. We were waiting for the right fit.

As one of the founders of COW SA, and being actively involved in the local Overwatch community, are you of the opinion that there is adequate local interest in the game for it to eventually enjoy the same level of support and exposure as e.g. CS:GO?

Yes, I believe that Overwatch has the potential to be a very large title locally. I do think it will take some time and if in the future we could find a way to close the gap on latency, even slightly, I think the interest would grow even further.

VS Gaming is currently host to the sole Overwatch competition in South Africa. Do you expect more local organizations to support the game in the near future?

Definitely, yes! There have already been a few competitions appearing as well as talks of upcoming events for the future. With Sam “Tech Girl” Wright being such a large part of the Overwatch Contenders this year,  I think that is going to open the floodgates for South Africa and Overwatch.

Which individual local players or teams do you regard as your biggest challengers for the win in this league?

I think that the entire league this year is full of massive potential with the premier division having a very close skill gap between teams. My team is always on our toes no matter who we play against, but we are paying close attention to Pulse, E.D.E.N, Goliath Gaming and Unidentified teams this year.

With a few exceptions, South African esports teams have historically not excelled at competing against foreign teams in the international arena. Do you believe that the current crop of local Overwatch talent has what it takes to compete internationally?

I think that with the right amount of dedication there is definitely potential to compete internationally. I know that Eden has been doing so for quite some time, my team has recently entered the Open Division EU and taking part in that as well as VSG. 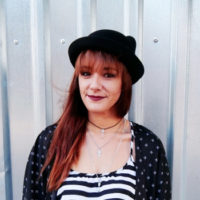