There’s an additional R20,000 cash up for grabs for the winner of the upper bracket in the double elimination playoffs.

This prize pool now takes the total cash prizes on offer by VS Gaming at Comic Con to over R1.85 million. This is a “new record prize pool” according to the announcement, that “makes the VS Gaming Masters and Championships the highest prize pool for gaming in South Africa, topping that of the VS Gaming Festival, which sat at R1.5 million. In 2018, VS Gaming have now awarded over R3 million in prizes across 10 titles.”

The VS Gaming Masters and Championships are scheduled for 14 to 16 September at Comic Con Africa. The action will be played out on two stages at the event with live stream broadcasts to be confirmed. 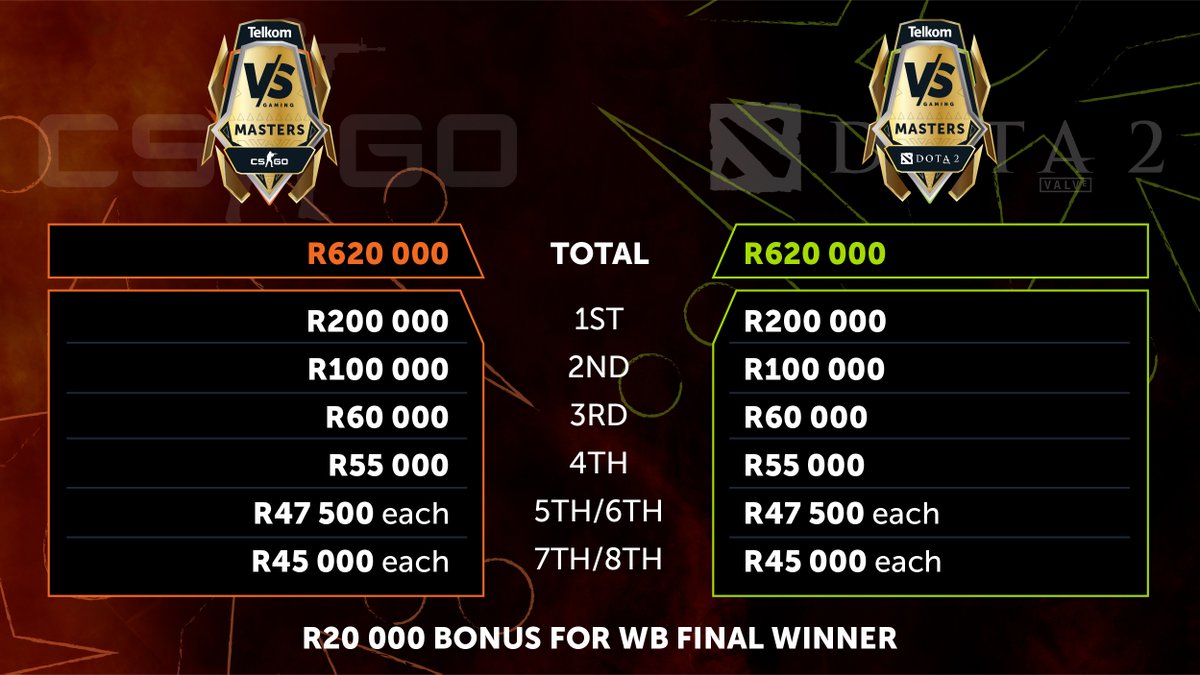