It’s been a long road but we finally have the Dota 2 Arcana vote finalists for this year’s Battle Pass. The International 10 Battle Pass owners can now vote for either Faceless Void or Spectre as the hero they want to see Valve develop the next Dota 2 Arcana for.

Both Spectre and Faceless Void made it to last year’s top four heroes but as all Dota 2 fans probably know by now, they simply couldn’t stand up against Windranger. Speaking of which, Valve plans to release the Windranger Arcana in the next few weeks, followed by Immortal Treasure III.

Check out the image from Wykrhm Reddy below. 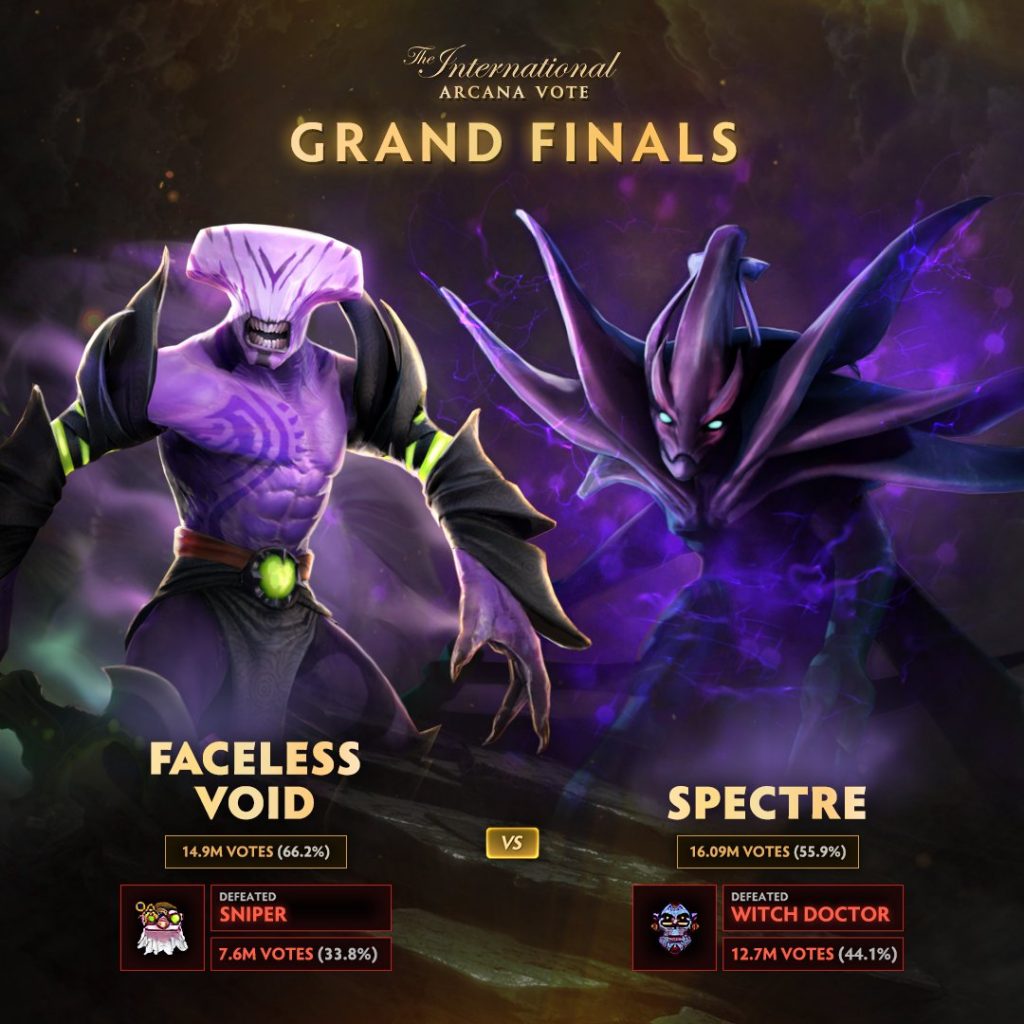 Dota 2 Battle Pass owners can now throw their votes at either of their favourite. Our prediction here is that Faceless Void will finally get the win, beating Spectre with about 55% of the votes.