Last weekend the second qualifier for the Predator Winter Slam was played and it was the final opportunity for the teams to qualify for the main event. It was highly competitive throughout the weekend and in the end it was White Rabbit Gaming (WRG) and Royalty Esports that prevailed.

The confirmed list of teams competing in the finals this weekend is ATK Arena, Goliath Gaming, Energy Esports and VINDICTIVE (who all received direct invites), DNMK Esports and Sinister5 (who won one the first qualifier) and WRG and Royalty Esports who won the second qualifier.

Each qualifier is made up of two single elimination brackets where the winner of each qualifies for the main event. The first bracket runs on Saturday and the other on Sunday, with the bracket on Sunday being a second opportunity for the teams who fell short the day before. The teams playing in Sunday’s bracket are seeded based on their performances on Saturday. All matches of the qualifier will be a best of one up until the final where a best of three is played.

Once again 32 teams registered to have a last crack at qualifying for the main event. With two of the favourties now out of the way in DNMK Esports and Sinister5 it opened up the playing field a little. With only two spots left up for grabs there was still bound to be heartbreak.

On Saturday WRG took the opportunity to qualify with both hands. They had a fairly effortless path to the final with their toughest game against Good Gaming in the quarter final where they won 16-12. WRG are a team stacked with pedigree, particularly after the acquisition of kustoM_ which made them one of the favourites to qualify.

WRG had to go the full distance to beat Exdee Gaming in the final and earn their spot at the main event. After a back-and-forth series WRG got across the line 2-1. They won the first map 16-8 which was Inferno, Exdee’s pick. Heading into Mirage I’m sure they were already thinking about next weekend, however Exdee hit back and kept things even when they won 16-8. The third and final map was Dust_2, and it went the full distance. After 30 rounds WRG came out on top and won the map 16-14.

There were some other solid performances throughout the day from the likes of Clutch Kings and Royalty Esports who both reached the semi finals. Royalty Esports had a challenging bracket, they had to beat Ekasi Esports and NiBBLE Conspire to reach the semi final, where they got hammered by Exdee Gaming 7-16. 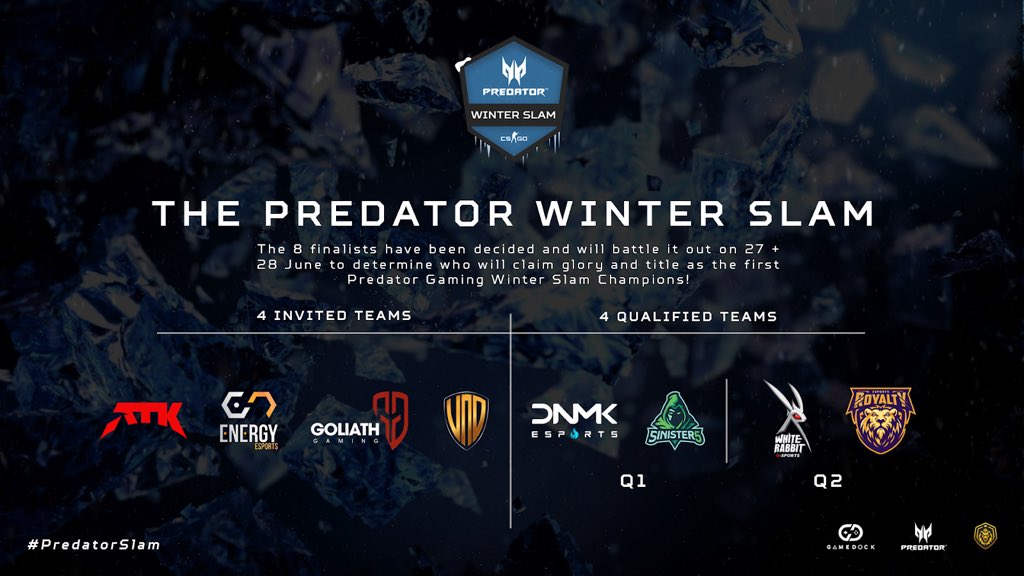 With only ONE spot remaining at the main event and 31 hopeful teams, Sunday was the day of heartbreak. Up to this point all of the teams had 3 previous opportunities to qualify for the main event, but this was the last. In the end, it was Royalty Esports who claimed the eighth and final spot. The young team played some great CS throughout the day and thoroughly deserved the spot.

Royalty Esports went up against Exdee Gaming in the final to determine who would be the last team to reach the main event. It was Royalty Esports that won the match and it was in a fairly convincing fashion. They won Exdee’s map pick, Inferno, 16-12 after a great T-side which set them up nicely heading into their map pick, Dust_2. After a sick comeback from Exdee to take the game into overtime it seemed like they’d be taking the game to a 3rd map however Royalty Esports regathered themselves and eventually closed it out 22-18.

Again Exdee reached the final again but unfortunately weren’t able to close it out meaning they fell short at the final hurdle two days in a row. Good Gaming again put up an impressive performance but couldn’t topple Royalty Esports on Nuke where they lost 14-16 in the semi final.

It was promising to see how many different teams had the capability of qualifying for the main event. The likes of Conspire, Good Gaming, Ekasi, Exdee, and Clutch Kings were all realistic prospects to qualify but fell short.

The main event promises to be jam packed with entertainment purely based on the teams competing. The Predator Winter Slam finals will take place this weekend, the 27th and 28th June 2020. The eight teams will be battling for the R15,000 prize pool up for grabs Presented by Gamedock – Catch all the action LIVE on Gamedock’s Twitch account and stay up to date on Twitter.

[Images via Gamedock and Acer Predator]