Opinion: If everyone is good, nobody is

Opinion: If everyone is good, nobody is

In an esport, there are winners and there are losers. As it turns out there are usually far more losers considering there can only be one ultimate winner. Are all teams created equal? Absolutely not. The very nature of any competitive discipline very much suggests otherwise. Even if that’s not something that is palatable to many fans and players alike.

Critical analysis is an important aspect of esports broadcasting. On larger broadcasts from a studio or live venue, the analysis desk segment plays a big role in giving the viewers context to the match they are about to watch. Without context, it’s really hard to be entertained. If you don’t know the stakes of the encounter, how do you know whether the one team winning is any more exciting or noteworthy than the other? Of course, few stream watchers are viewing in a vacuum and have some idea of what’s likely. That doesn’t however account for every viewer. Aspects like the recent history of the two teams and how they are likely to stack up in terms of competitiveness helps fans understand how the opposing sides might fare. Key matchups, players to watch, map choice and how it might affect the outcome all add to the narrative in the lead up to the match. Critical analysis of the players’ and teams’ performance post-match is just as important. 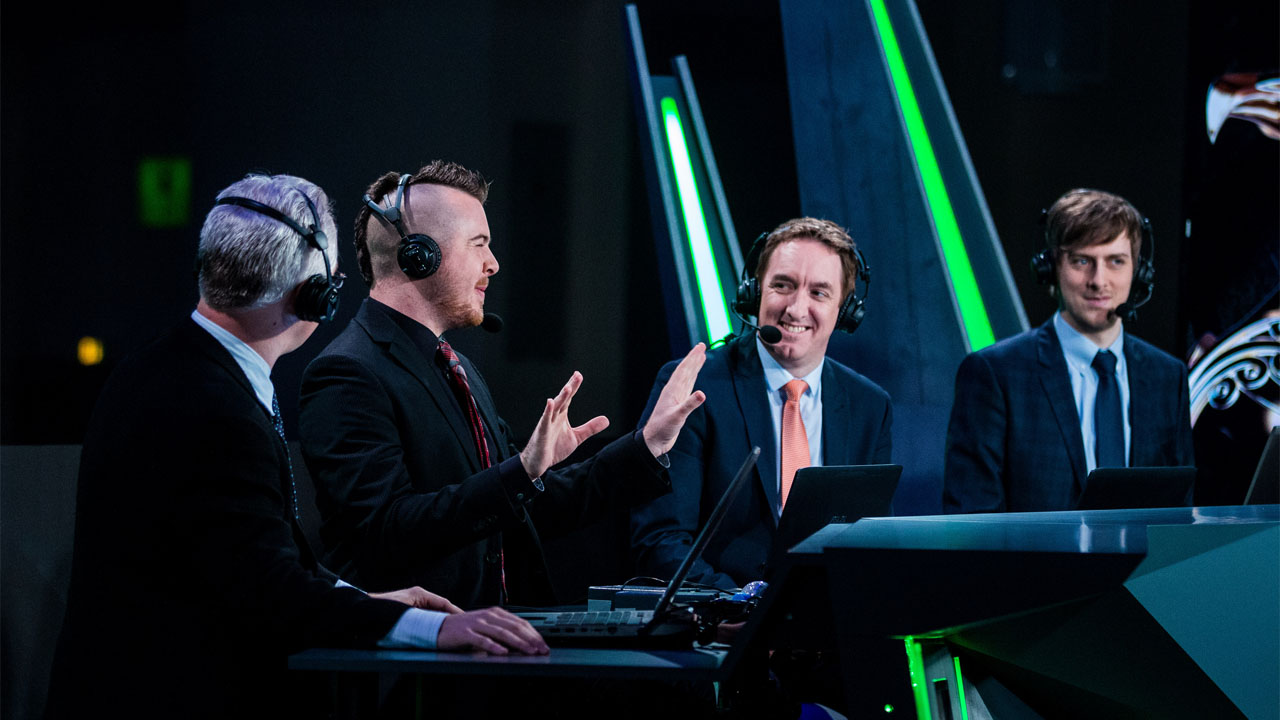 The narrative. That’s what analysis panels are trying to weave using their knowledge, with the purpose of entertaining and informing viewers. Usually a story has a clear victor and a clear loser. When it’s a match that matters between top level teams, for the victor to be celebrated and acknowledged for their achievements the loser inevitably has to be minimized in some way. While occasionally a losing team will put up a tremendous fight and lose with honour, that is not always the case. It’s OK to celebrate losers in those circumstances, but ultimately that is still what they are. Losers. If amazing teams and their dominant victories are to be greeted with the proper fanfare and admiration they deserve, we have to validate just how good and capable they are.

Therefore, for champions to be saluted for their performances, we can’t all be winners. There is only one winner. To try say everyone else is equally good completely undermines how good the best team is. This isn’t primary school where everyone gets a participation medal for showing up. You need to show up on the server and prove your credentials. If all teams and players are good and that’s the narrative that should be put out there, then by definition nobody is truly good. In that scenario everyone is average and there are no standout performers. For the best to be acknowledged, the lesser teams and players must be acknowledged as lesser. For a panel or casters to try to keep the peace and make every team feel good about themselves is counterproductive and disingenuous to the audience.

When a player is criticized, their fans in the community often feel like it’s a personal attack. The players themselves often react in the same way. This isn’t unique to South Africa, but is prevalent in esports in general. While it may not feel good as a player to hear negative things about yourself or your team, it’s essential for the viewing public’s entertainment and enlightenment. There’s nothing malicious about it, even if sometimes things are said in a provocative manner in the name of entertainment. That is the broadcast talent doing their jobs. Bear in mind that the target audience of match analysis is not the professional player, but the average fan. Also, by virtue of the very fact that a given group of players are being discussed on a broadcast it generally means that those players are in the upper echelons of skill in the first place. Even if one is being more favourably spoken of than another.

That heading is a lie. While being nice certainly makes people feel better about themselves, it doesn’t make for great storylines. The sorts of broadcasts that espouse that sort of approach from esports like League of Legends and increasingly Overwatch League, tend to be extremely dry. There are some great characters that still do a fantastic job in livening up those broadcasts, but they are still working within the limitations of the standards imposed by the developer. Being nice is boring. Being nice doesn’t help viewers fully appreciate the gravitas of the achievements of the best teams and players. It makes everything seem equally bland and unexciting. Esports is exactly the opposite of that. Let’s not go down that path locally. Please.