Esports content finds itself more and more in the realm of the common man, appearing on terrestrial television channels like GinxTV, Supersport, or ESPN. Sports documentaries and sports themed movies exist in abundance, but in the realm of esports these documentaries are surprisingly scarce. In fact, I can only think of three of the top of my head – the Valve produced once off Dota 2 documentary Free To Play, as well as their series True Sight. Cue Gamechangers: Dreams of Blizzcon.

Gamechangers is produced by Filmrise and set for release on June 12th 2018 via Prime Video, iTunes, Google Play, and Vudu. Gamechangers is set in the world of competitive Starcraft 2, and much of its time is spent following two professional Korean players, Mun “MMA” Seong Won and Jang “MC” Min Chul during their run through the 2014 competitive season. The buildup leads to the hallowed Blizzcon 2014 Starcraft 2 WCS Finals in Anaheim in California.

Gamechangers & the road to Blizzcon

This isn’t a collection of highlights from the games themselves, though they are present in the film, but it’s rather an indepth look at the lives of these players behind the scenes and focuses strongly on the human element. It spends time examining the players themselves as well as some of their family and friends, blending their often heartwarming personal sacrifices with the stark contrasts of the cold and unforgiving world of competitive gaming. It’s something we often don’t get to see and it feels like someone is drawing back the curtains and letting you look in on the hopes and aspirations of these players as they take on some of the giants in the Starcraft 2 competitive scene. This includes some of the personal sacrifices that players have to make for their love of the game.

There’s tension too, and viewers who are unfamiliar with the outcome of the 2014 WCS Finals will find themselves on the edge of their seat in the closing 20 or so minutes of the film. Here it shifts focus from the personal lives and the competitive season to Blizzcon 2014 itself, and hastens a look through the Top 16 brackets of that year from the perspective of MC and MMA. The film does well to invest viewers in the successes and failures of these players. By watching no holds barred holistic story of the lead up to their appearance in the WCS Finals, I found myself, even knowing the outcome beforehand, rooting for their success.

The film isn’t without flaws. I realised half way in that it doesn’t touch on what exactly esports is, so while it’s easy enough for the uninformed viewer to piece it together, there’s never a direct telling of what exactly we’re watching. To many, seeing stadiums full of fans cheering for their favourite players will be a new experience and no time is spent showing the progression to esports being that giant industry, but rather dives straight in. It’s something that esports fans will appreciate, but newcomers to the idea might feel a bit lost initially. I also can’t help but feel having a voice-over translation instead of subtitles would make the film more accessible to the younger gamer or esports fan, for which reading through a movie might not appeal. 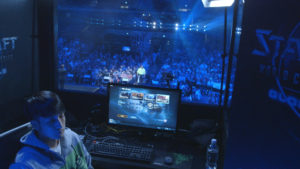 Gamechangers is well worth a watch, for both esports fans, new and old, and anyone interested in the seemingly bizarre world of competitive gaming. Setting it in Korea feels right, like returning to the birthplace of the scene, and hearing stories of these professional gamers’ teen years spent in the PC bangs of Korea lets you really appreciate that they didn’t just fall into this life on raw skill – these are competitors that worked incredibly hard and sacrificed a lot to get to the top of the Starcraft 2 scene. 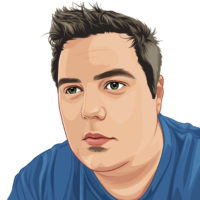