Top South African FIFA pros to face off for charity 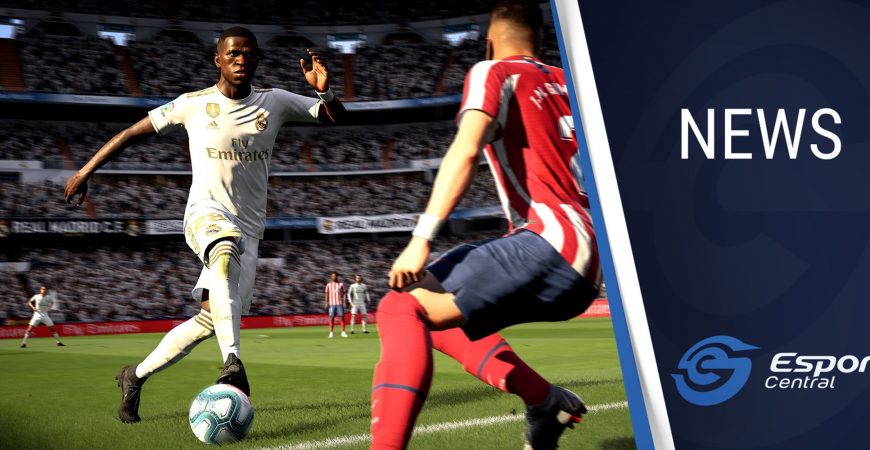 Top South African FIFA pros to face off for charity

Two of the best FIFA players in South Africa will be going head-to-head in a showmatch for charity. Both the players are from Goliath Gaming, and they will donate their winnings to a charity of their choosing. Here’s what you need to know.

The showmatch will be a best-of-three event featuring Julio “Beast” Bianchi and Thabo “Yvng Savage” Moloi. These players are two of the best in South Africa. This showmatch is in celebration of LG launching their new OLED TV range in the country.

The LG OLED TV showmatch between these local FIFA pros takes place on, Saturday, 10 October at 13:00 SAST via the Gamedock Twitch.tv channel. It will be hosted by Sam “Tech Girl” Wright and casted by Wasim “Wass” Rajah.

LG’s new OLED TV range features a tonne of advancements. Features include HDMI 2.1, Variable Refresh Rate and more to take gaming to the next level.

“With all of these features in mind, we’re very excited to see a showmatch between two of SA’s best competitive FIFA players play out on the world’s largest 88” 8K OLED TV – retailing at R450 000.”

More details on the showmatch, along with the opportunity to win awesome prizes leading up to the big event, will be shared on Goliath Gaming’s social media.

Check out some interesting information about the two players in the showmatch below according to the Press Release.

“Beast, who used to be a semi-pro footballer, competed in the FIFA eWorld Cup Global Series Playoffs in Amsterdam in 2018 where he impressively beat 2X world champion, August Agge Rosenmeier, and finished off in the top 64 in the world on PS4 in the tournament. On South African soil, Beast has won many top local tournaments and ended the FIFA20 season as #3 on PS4 in SA and #155 in the world on PS4 in the official FIFA20 rankings.”

“Yvng Savage broke out onto the competitive FIFA scene when he won the VS Gaming FIFA Festival in 2018, and has gone on to winning numerous local FIFA tournaments since. In April 2020 he captained the official eBafana Bafana FIFA squad in the FIFA eNations Stay and Play Cup, with team mates Cassper Nyovest, Sibusiso Vilakazi and Kagiso Rabada. Yvng Savage ended the FIFA20 season as #1 on PS4 in SA and #73 in the world on PS4 in the official FIFA20 rankings. Most recently, Yvng Savage was announced as the first Red Bull esports athlete on the African continent.”