Goliath Gaming took the top spot in both titles on offer in this past weekend’s Syntech Masters. In the case of both the CS:GO and Dota 2 series, Goliath Gaming battled from the loser’s bracket to secure the championship.

The victories saw the South African MGO walk off with a cool R60,000 for their efforts.

The final standings after the weekend saw the teams place as follows: 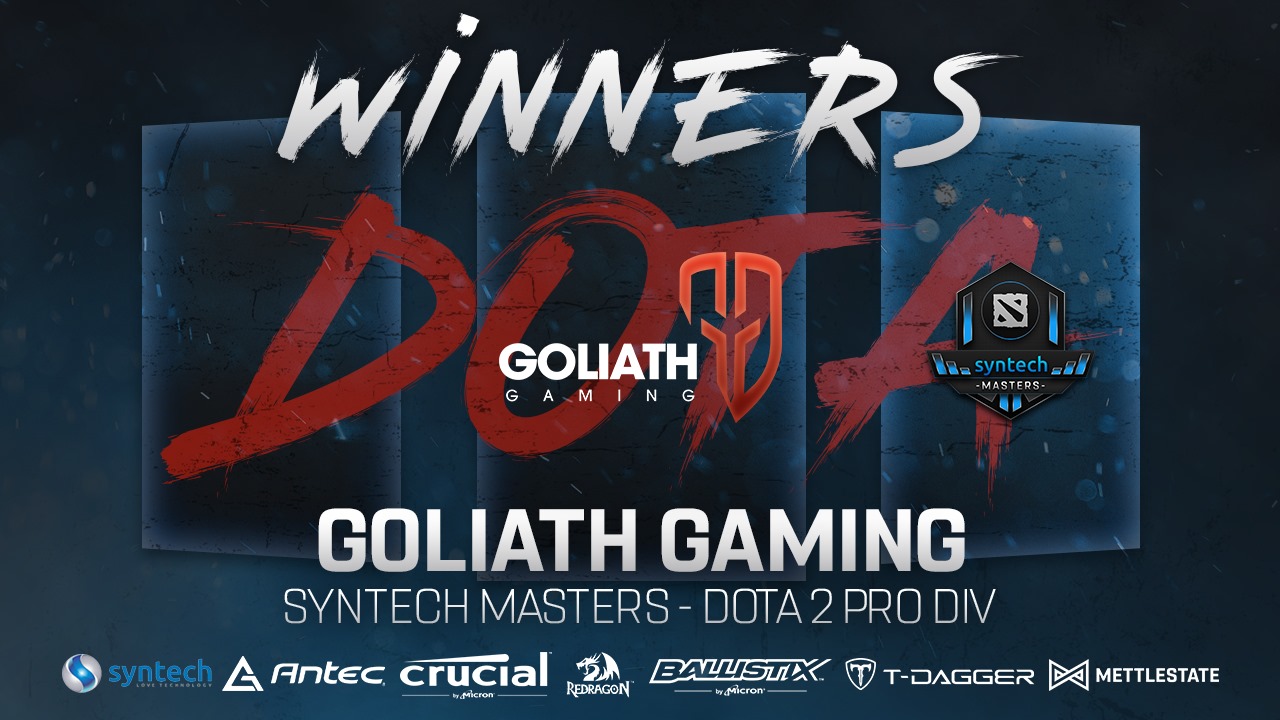 In a sequence similar to the Dota 2 finals, Goliath Gaming took the CS:GO series 3-1 coming back from a map disadvantage. However, this time it was Sinister5 on the receiving end of a loss, going home with the second place spot and R10,000 cash.

The final standings in the CS:GO Syntech Masters Pro Series: 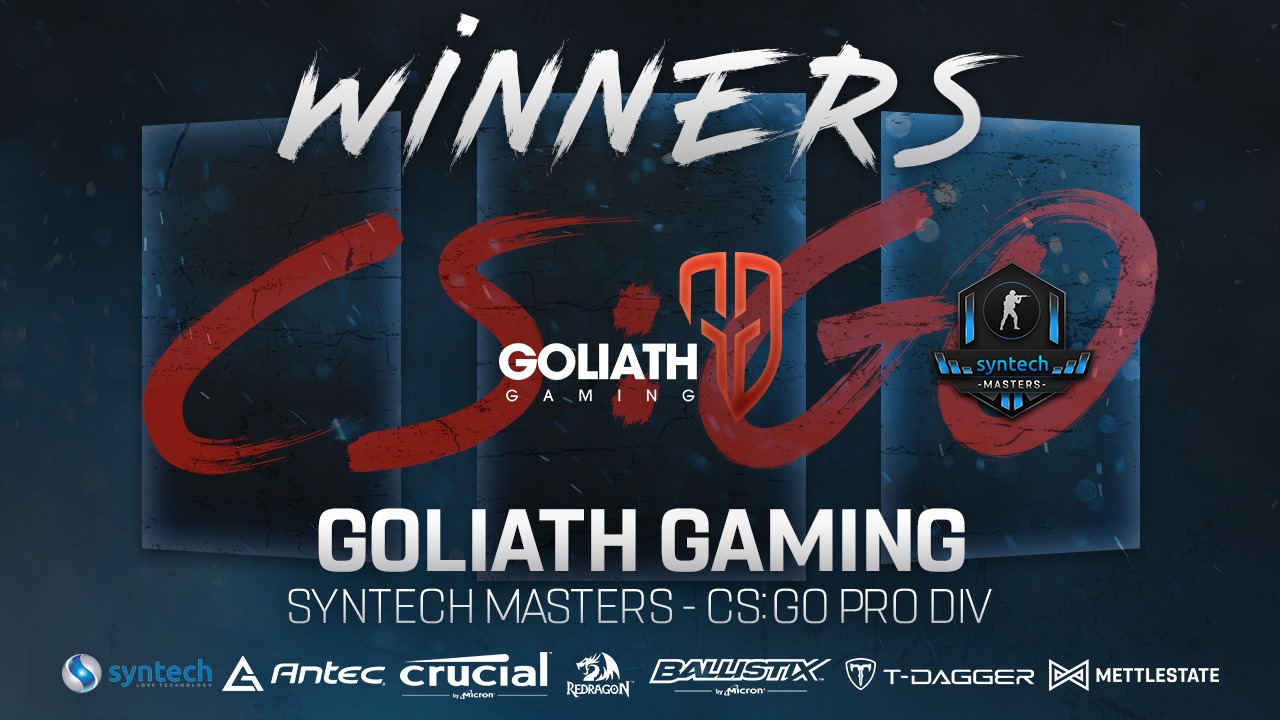