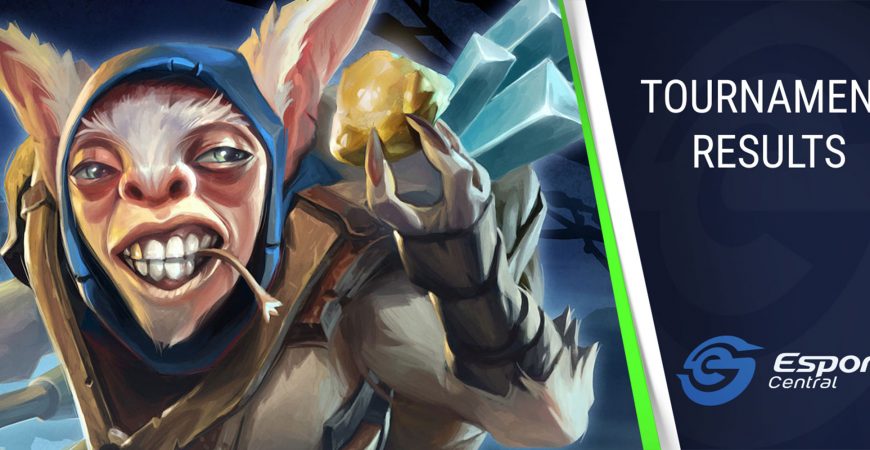 The crucial Group Stages of the Major kicked off on Friday with eight teams competing in this stage of the competition. With a similar Bo2 format to the Wild Cards, every single game is of crucial importance.

Of the eight involved teams, only Evil Geniuses are confirmed qualified for The International (TI). With qualifier points only being available to the top eight teams at the Major, exiting the groups with a top two finish, and thus securing an upper bracket position for the Playoffs, could be the difference between punching your ticket and having to play gruelling qualifiers.

The day kicked off with the aforementioned squad of EG demonstrating their intent for the tournament by dominating TNC in a 2-0 win, although the Filipino team did improve markedly game on game which gave us a peek into what they would go on to do later.

Meanwhile, the South American pride in Beastcoast were finding themselves held to a deadlock by Team Liquid. Across the series, things stayed extremely close and tight until the dying moments of the game. “Suma1L” and “Chris Luck” played Templar Assassin and Venomancer respectively across both games, being the focal points for their teams’ ability to play in unison across the map. Ultimately though, neither team could fully prevail over the other, and we had a 1-1 result.

The trend of 1-1 results would continue as Team Spirit somehow upset EG in game 1 of their series, off the back of an incredible performance from the “TorontoTokyo” Tiny. Although EG came back with a vengeance in game 2, the early victory ensured that the Eastern European underdogs would have a victory in hand to show for their Group Stage efforts.

For their second series of the day, Beastcoast now had to contend with the Chinese juggernauts of PSG.LGD who have been finding some incredible form of late, in particular on their carry player “Ame”. Unfortunately, for BeastCoast, that form from PSG.LGD proved to be the difference maker, as phenomenal performances from “Ame” on his signature heroes in Anti Mage and Morphling led to two successive losses for the South Americans. Putting a damper on the high hopes had for the squad.

Further dominance would emerge as we got a first look from our teams from the Wild Card. Vici Gaming would demonstrate that they had the ability to build on early successes, by dispatching Team Liquid 2-0 with limited difficulty, primarily through incredible support play from “Dy” and “Pyw”. Nigma found themselves struggling against PSG.LGD however. Despite finding a game 1 win, the game seemed extremely challenging from the start, and they would not be able to replicate their success in game 2, getting slowly controlled into a dominant victory for PSG.LGD. The series resulted in a draw, with Nigma happy to be able to take the game and PSG.LGD disappointed that their early dominant form was halted.

To round off the day we yet again saw the Wild Card teams, and this time around had them paired up with some of the underdog teams. Nigma was able to dispatch the side of Team Spirit through some superior drafting even though Team Spirit made the contest closer than expected, especially in the early game. Those early game shenanigans could not prevent a 2-0 however, as the Wild Card Nigma ended the day showing that this roster clearly possesses greater championship calibre than the last one.

Vici Gaming on the other hand, continued their run of form by finding a game 1 win against TNC. With Vici on the cusp of going 4-0 on the day, and TNC in dire need of their first map win to prevent themselves from sliding into bottom place, it was really all to play for in the final game of the day. Vici opted for a very greedy farming draft which would need a lot of time to fully come online. TNC, smelling their opportunity, drafted an incredibly aggressive fighting line-up that could start pressing the tempo on the map much earlier than could be matched by Vici. This strategy paid off dramatically, with the earlier improvements TNC showed against EG cashing out here. Across 30 minutes of gameplay, neither “Bok”, “Gabbi”, or “Armel” suffered a single death on their Magnus, Monkey King or Razor; riding this massive wave of momentum to grab their only map of the day and the first of the Major.

The day thus ended with 3-1 scores for EG, PSG.LGD, VG & Nigma; whilst BeastCoast, Team Liquid, Team Spirit, and TNC bringing up the rear with 1-3 scores.

With the standings balance still as fine as what we started with, Day 2 promises to be one full of more exceptional Dota 2 play and incredible drama as the story of the tournament continues to develop.

The tale continues to unfold at 13:00 CEST on the WePlay Twitch Channels. The tournament comes to a full conclusion on 13 June.

Snare is a gaming junkie who has immersed himself in all things esports. Whether it be writing, casting, analyzing or hosting; he brings his infectious passion to everything he does.