The Empower Cup was an initiative by Sinister5 and Lobbsta to get newer players into the local competitive scene by pairing Masters coaches with up-and-coming players. Saturday saw the group phase of the competition played, while Sunday was playoff day.

The 20 teams were split across four groups, with best-of-one matches to determine the top two teams per group destined for the playoffs.

The eight teams which moved out of the groups into playoffs were:

The playoffs were a best-of-three single elimination bracket, which saw some well-known names pushing into the semifinals of the tournament. In the end, the teams that took the top three spots in the Dota 2 development tournament were: 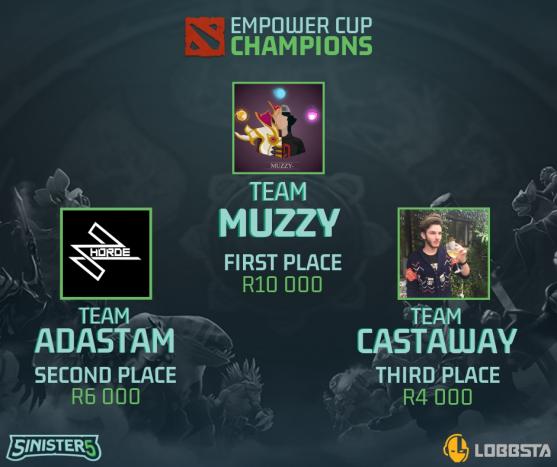