The OGA Dota PIT Online tournament is entering its playoffs stage today, 21st May 2020. We’ve seen fantastic Dota 2 esports from some of the top teams in the Europe/CIS region so far, and now, it is time for the group stage to get underway.

Here’s what you need to know about the OGA Dota PIT Online playoffs, as well as who came out on top of the group stage.

The final round of group stage matches: 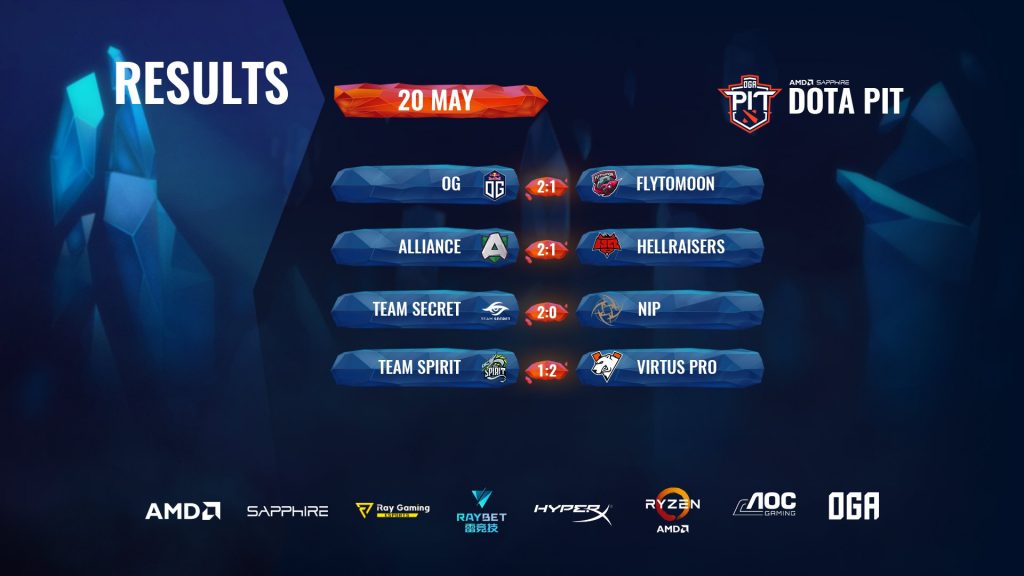 With the group stage now complete, it is time for the playoffs to get underway. Each day, the playoffs for the OGA Dota PIT Online tournament will kick off at 11:00 SAST.

Here’s the schedule for the first round of matches, taking place on 21 May 2020:

The playoffs will feature a double-elimination bracket. All matches are best-of-three, with the exception of best-of-five grand finals.

We wish all the teams the best of luck during the tournament, and we hope to see some more fantastic Dota 2 matches take place.

You can catch all the matches live on the official OGA Dota PIT Twitch.tv channel.