What’s the best way to handle players with a previously VAC banned account? This is the question that was being asked last week on Twitter and it sparked interesting conversations.

This time the debate revolved around Werno “k1ngdomSoldier” Viljoen, who currently plays for Exdee Gaming’s CS:GO team. In 2018 they competed at Comic Con Africa and produced some impressive results, most notably the marathon game where they took Sinister5 the distance in an enthralling BO3. The game was just edged out by Sinister5 with a 2-1 victory that went late into the night. k1ngdomSoldier definitely one of the driving factors behind it being such a close game. 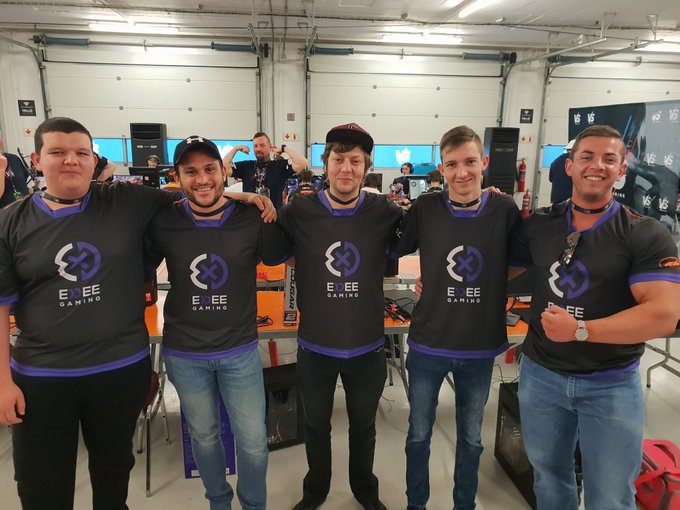 One size fits all? Not quite

Firstly, I don’t think it’s possible to lay down a blanket solution to cover the topic of punishment for bans from cheating in CS:GO. There are just far too many variables to consider. Factors like the person’s age at the time of wrongdoing, the context of the VAC ban, and the attitude displayed by the individual are all important considerations when gauging a fair assessment of their situation.

There’s a reason minors are treated differently to adults from a law perspective. They tend not to realise the potential consequences of their actions (or at least not to the same degree as an adult). For the most part young people are sheltered from responsibility throughout their lives, especially before they’ve entered the ‘real world’. For a person to make the realisation of the damage that could result from their behaviour, they need to stop before committing the infringement and consider the potential implications. That’d be some maturity I’d have loved to have possessed when I was a teenager.

I also don’t think it’s fair to give a lifetime ban to a first time offender either. This is doubly important when the person who committed the transgression is younger than 18. So, it’s critical to consider each person’s unique situation to determine how long they should be punished for.

A question of degree vs kind

I’ve come up with three questions that I think need to be asked to better understand the context around each individual situation, 1) Was the person older than 18? 2) Is it their first infringement? 3) Was there any potential monetary gain while using the cheats?

Depending on the response to these three questions a suitable and fair punishment can be determined. If the person is over 18 years old the punishment should hold more weight. If it’s also not their first infringement then frankly I have no sympathy and think a lifetime ban could be advocated for. If you were cheating in a potential monetary gaining scenario I don’t see any opportunity for rehabilitation and again a long-term ban could be fitting. There are a few questions left unanswered by this though, so, I’ve designed a flowchart to simplify the fairly complex situation. 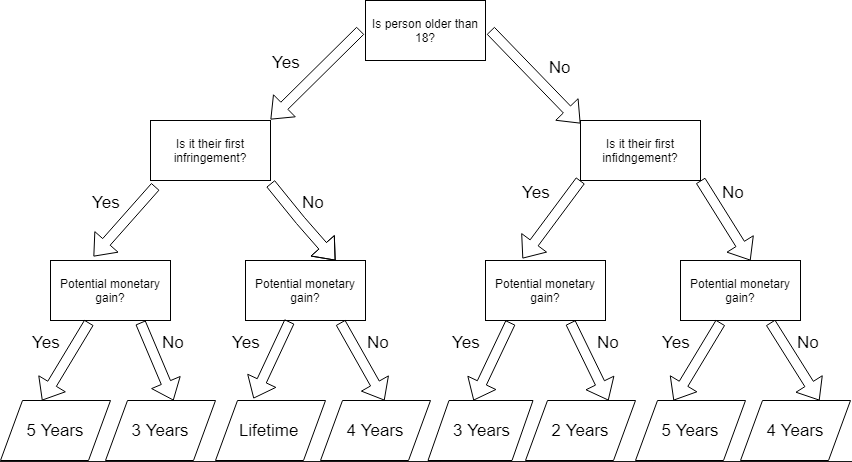 *note, rough flowchart of the idea

As you can see in the diagram the punishments are harsher for: people who are over 18 years old, repeat offenders and players cheating in official matches.

Our very own VS Gaming issues three year bans to individuals who have received a VAC ban, regardless of the transgression or the context. ESL has a less harsh policy issuing a two year ban for individuals from the date of the VAC ban. The problem with this system is that a 15 year old who uses a wallhack in match-making receives the same punishment as a 25 year old who was using the same wallhack during a VS Gaming championship at Comic Con Africa.

So let’s begin the process based on the above. k1ngdomSoldier was 17 years old when he received his VAC ban, which he claims occurred a month after using the software. He also mentions that this is his first and only VAC banned account. Most importantly, the cheats were not used during any official matches, competitions or tournaments, meaning no potential monetary gain.

I managed to get in touch with kingdomSoldier and I asked him a few questions to get a better understanding about his particular situation. First I wanted to know how he came in contact with the hacks and at what stage in his life he was in.

“I was still in school, this was still in the early days of CS:GO. And a bunch of friends shared a hack for CSGO around school. I used it along with my friends and got VAC banned within a month of using it. I was 17 at the time.”

A debate on The New Times found that sometimes, juveniles commit crimes out of ignorance or peer pressure and trying and treating them as adults could damage their future because they’ll have criminal records. Sure, there aren’t any actual criminal records but the North always remembers. For as long as they are involved in the community there will always be that anecdote about them.

Looking at k1ngdomSoldiers‘ statement above, he received it from friends, which from a psychological point-of-view creates a mentality of what I’m doing is okay because other people I know and respect are also doing it. It normalises the behaviour and when you’re young it’s difficult to differentiate between what’s good and what’s bad in those situations.

I asked him what his goals and ambitions in CS:GO are going forward, and whether he sees himself pushing to become a top player:

“My goal in CS:GO is simply to be the best player I can be for me and for my team as well. I want to be a force to be reckoned with if I can say it like that. I also want to compete at the highest level if I can yes for sure, the rush is amazing.”

When given an opportunity to open up a little and share a bit of insight into his mentality he gave an interesting and real response.

“Hmm this is a tough one, I keep telling myself I don’t care about the hack accusations that are constantly coming my way. I’m trying to prove myself as a guy that is good at CS:GO and can be a good friend too. People only have seen “k1ngdomSoldier the hacker” side of me and I’m open to whatever comes my way. And hopefully I can manage it, even though it does get to me sometimes. No one was willing to give me a chance for something stupid I did while in school. Until Exdee Gaming. I am thankful they have given me the chance to prove myself to them, to the public and also to myself.”

It’s clear that k1ngdomSoldier has moved on from what happened four years ago and he’s fully focused on what lies ahead. As I said earlier, attitude is an important consideration. In my eyes a person who takes responsibility for their actions has far more potential for successful reintegration than somebody who tries to make pathetic excuses. Que CLARA.

He’s proven to have an impressive skill set and natural talent for gaming. Finally, taking all the factors into account, like k1ngdomSoldier being 17 years old at the time, making no monetary gain AND it being his first offence I think there should be no issues with him competing.  He’s atoned for his mistakes having missed out on the competitive scene for up to 3 years and now deserves to start on a clean slate. Let’s see what he’s really capable of.