Goliath Gaming made their international debut over the weekend. They competed at DreamHack Delhi where they managed a respectable 3/4th placing. It was a great way for them to finish off the year on a high.

They were fortunate enough to receive a direct invite to the event. The other direct invites included the winners pro100, HellRaisers and Yalla. One of the two remaining spots was awarded to the local team 5orgless, for winning the ESL India Premiership. The final spot went to the Thai team Lucid Dream for winning their respective qualifier.

Split into two groups of three, Goliath Gaming found themselves alongside CIS team pro100 and 5orgless. Each team played the opposition in their group in a best of two match. The top two teams from each group progressed through to the semi-finals. As usual, in the playoffs the top of Group A played the 2nd team in Group B and visa versa.

The squad only had three weeks worth of preparation heading into the event, which isn’t a lot of time at all. Considering they were playing with two new players in mango and SloWye, ideally they’d have had a lot more time at their disposal. Sometimes these opportunities come out of the blue though, and from a South African perspective you’re never going to turn down an international opportunity based on a lack of time to prepare.

Going up against the home teams is never an easy feat. Adding a live crowd to a match creates a completely different environment, let alone on forgein soil. Goliath did a fantastic job of focusing on themselves, not allowing the external factors impact them.

Keep in mind that both teams would have known how vital this match was in the context of qualifying for playoffs. With both of them playing pro100 in their next match, their hopes practically lived and died with this game. A 2-0 for either team pretty much guaranteed a playoff berth.

The first map that they played was Train, which was 5orgless’ pick. Goliath Gaming started on the favoured CT side, and they hit the ground running. Losing the pistol round didn’t perturb them in the slightest as they went on to win the following forcebuy. That marked the start of a successful defense, picking up 12 rounds in the half.

The combination of SloWye and ZipZip on the double AWP proved to be a formidable duo. The CT side of Train really is an AWPers paradise, and both of them had a field day. They wracked up 23 AWP kills between the two of them in the first half alone. Constantly finding early picks hindered the Indian team significantly. Goliath Gaming went on to win the map 16-9, setting themselves up nicely heading into their map pick, Inferno.

This time round they started on the T side and put a similarly impressive half, finishing up with an 11-4 scoreline. Both massacRe and adaro were blowing the door open in the rounds, successfully finding consistent opening frags. Across Inferno they managed 13 opening frags, frequently setting their team up with a numerical advantage.

Goliath went on to win the map 16-10 with all five players chipping in with solid performances. That meant playoffs were pretty much in the bag, bar a highly unlikely upset. The inexperienced IGL massacRe had lead the team well, with their dominant T side a testament to that. Their next match against pro100 would determine whether they would progress as the first seed or second seed.

It was common knowledge that pro100 were the favourites to win the event. Having said that, 5orgless actually managed to win a map against them drawing the series 1-1. That result ensured that GG would progress to the playoffs regardless of their result against pro100.

Goliath would have had a boost in confidence seeing that pro100 aren’t invincible. Not only that, it was the same two maps being played as their previous series against 5orgless, meaning a familiar playing field.

The first map was Inferno, Goliath’s pick. They managed a respectable first half mustering five rounds on the T side. Heading on to the CT side there may have been some hope of causing an upset. At one stage Goliath had reduced the deficit to just one round, with the score at 12-11. In control of the economy and with the momentum behind them, Goliath would have fancied their chances.

Those hopes were dashed though. pro100’s youngster YEKINDAR was a beast on Inferno, single handedly tearing Goliath limb from limb. He picked up 31 frags in 27 rounds with an ADR of 126. It set the tone for the following map, Train.

The second map was practically over at half time. pro100 were already up 10-5 heading into their CT half. Goliath were never able to gain any momentum, winning a round here and a round there meant they were always in an awkward position. pro100 went on to win the map 16-8 with YEKINDAR again topping the scoreboard with 24 frags. That meant Goliath would head into the playoffs as the second seed.

It would have been the prediction from the beginning that HellRaisers would be their opponent in the semi-final. The HR team overwent a roster revamp a few months ago. They picked up some talented individuals from the CIS region, with a few of those players originating from pro100. Built around IGL ANGE1, the team was one that amalgamated firepower and leadership.

The first map was HR’s pick, Overpass. It was probably a write off from the beginning for the South Africans. Overpass is a highly intrinsic map, that requires communication and teamwork to be faultless, traits you don’t associate with a three week old team. It proved to be the case with Goliath being dominated throughout the map. Heading into Inferno off the back of a 16-6 win on Overpass HR would have been full of confidence.

Inferno was last chance saloon for Goliath and they managed a decent T half once again. CS is a game of two halves though, and unfortunately the second half didn’t go as hoped. HellRaisers superior teamwork was evident as they went on to win the map 16-8. It was a more competitive affair than the previous map though. The opening frags were 10-14 in favour of HR, much better than the 7-14 split on Overpass.

There were periods throughout the event where Goliath held their own against the likes of pro100 and HR. One of the most impressive features of their run was their newest addition, mango. He was competitive on nearly every single map played, dispelling any doubts about his nerve on the big stage.

In the end I think that Goliath achieved their goal. They showed that they fully deserved the invite, and went on to make the most of it. It was the first opportunity for all five of their players to compete on the international stage. The average age of the team is just 20 years old. All of these players will benefit greatly from the experience and set them in good stead heading into the next year.

A top four placing meant they secured themselves a R93,000 chunk of the R800,000 odd prize pool. Not a bad way to end of the year. Hopefully 2020 will bring even more opportunities for local teams to compete abroad and show the world what we’re capable of. 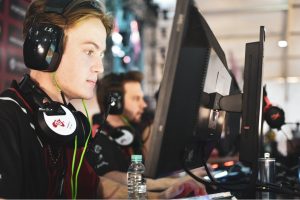