CS:GO Gamedock Cup announced with R20,000 on the line

After the fantastic Predator Winter Slam tournament, Gamedock has now announced the CS:GO Gamedock Cup #1, with a whopping R20,000 in prize money up for grabs. Here’s what you need to know.

Four teams will advance from the Open Qualifier to go up against four invited teams to compete for their share of the R20,000 prize pool in the main tournament, which runs from 8 to 9 August 2020.

Gamedock explains how the Open Qualifier will work:

“This qualifier will be a Bo1 double-elimination format, with Bo3 matches from the quarter-finals onwards. 4 teams will have an auto birth directly into the winner bracket quarter-finals.

Teams that reach both the upper and lower bracket finals, will qualify for the Gamedock cup. (That means the final match of each bracket will not be played – those teams will be directly invited to the Gamedock cup closed event).”

If you don’t make it through the qualifier, and drop out on the first day, then you still have a shot at some shiny skins. On 2 August 2020, Tournament B will be held, for all those who have been eliminated from the Open Qualifier. 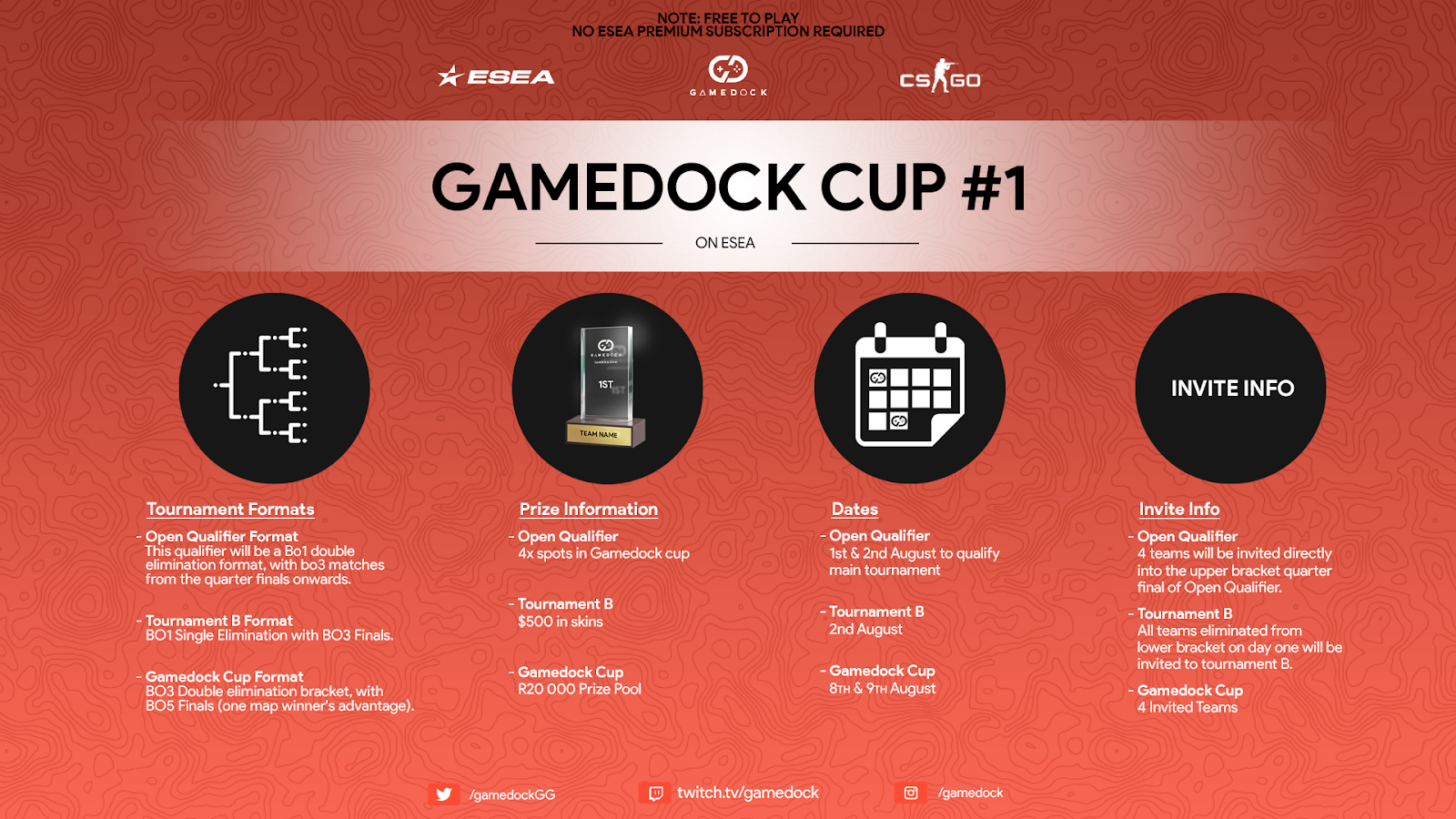 “When Day 1 of the qualifier has concluded, an invite will be sent to all of the teams who have been eliminated from the lower bracket after Day 1. These teams will compete in a separate event on Day 2, which will feature a Bo1 single elimination bracket, with the finals being a Bo3 series!

The goal of this event (tournament B) is to create a more inclusive & competitive structure for players of all skill levels.”

For Tournament B, there will be $500 worth of CS:GO skins up for grabs, so it is definitely worth attending if you get knocked out of the Open Qualifier.

For more information on the tournament, the organizer has noted you should join the Discord channel. Exact schedules will become available at a later date.