The ASUS ROG Valkyrie League for CS:GO heads into the playoffs this coming weekend. The top four from the group stages will face off in a double elimination bracket on Saturday and Sunday.

Nine teams started out in the all-female Counter-Strike league almost two months ago, and while two teams were lost on the way, the seven remaining teams played some entertaining CS:GO over the tournament. As the final matches finished this past Wednesday, Bravado Finesse, LeetPro, Amaryllis Gaming and Glacier Purple took the four playoff spots on offer.

On the line is a total of R50,000 in cash split between the top three teams, meaning one of the teams heading into the weekend will be walking away empty-handed. The prize breakdown per placing is as follows: 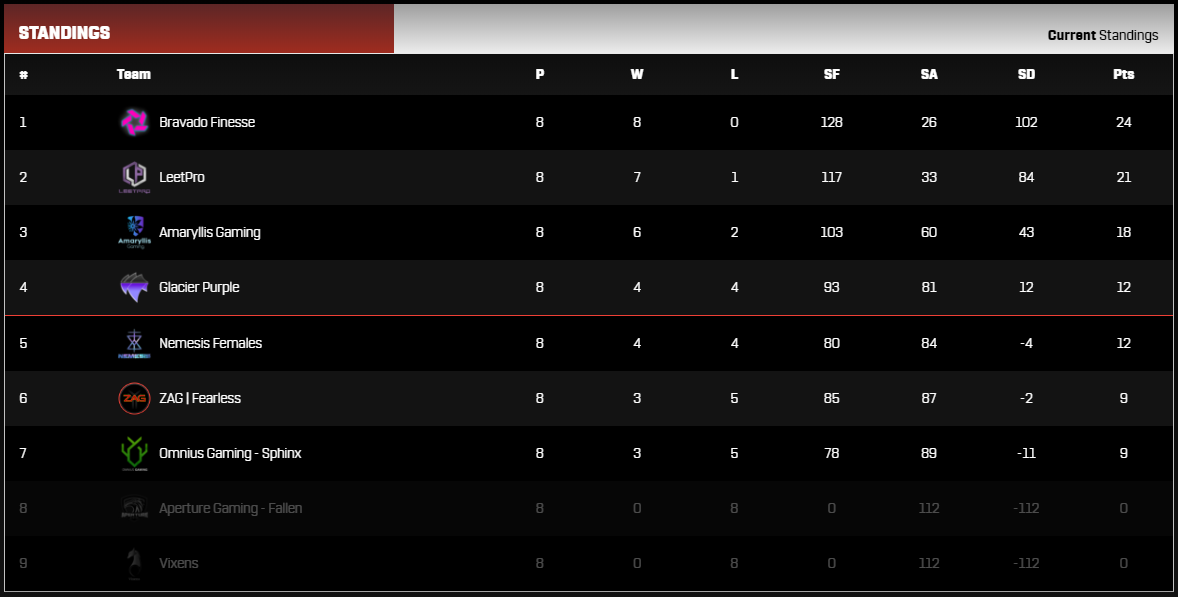 All matches are best-of-three, other than the final which is a best-of-five. Matches will be streamed via the Mettlestate Twitch channel.

You can find out more about the ASUS ROG Valkyrie League here. The videos-on-demand from the previous streamed matches are available on the Mettlestate YouTube channel.