Virtual Reality is the Next Step in Competitive Gaming

Virtual Reality is the Next Step in Competitive Gaming

It’s no secret that esports has grown to be a lucrative industry and brands associated with gaming in several aspects like hardware or software infrastructure are always looking for the next step to appease the consumer-driven market we know today.

Multiple factors come into play when you mention “competitive gaming” and more often than not, the first question you usually get asked will be, “what do you play?” and that is usually followed by “PC or console?”

Since VR made its debut on the consumer market not that long ago, maybe 10 years or so, in 2015, several conventions aimed at gaming, technology and fandoms, would have a VR stand, sporting an Oculus.

At some of these booths you could immerse yourself in the world of Beat Saber for some casual fun, in other instances, some brands like Valve released Half-Life Alyx as their return to the world of game development and claiming their patch of the gaming landscape with the title being a VR game.

We’re not going to go into the PC or console debate mentioned earlier, we’re better than that, but today we will be raising a speculative theory that Virtual reality is the next step in competitive gaming.

VR and the Metaverse

We are even more certain of this, after the news of Microsoft purchasing Activision Blizzard, making a bet on the metaverse.

Once you break it down, it is quite simple. Multiple other brands have entered the VR space and made their claim to fame, each one advertising something they claimed was unique. Keep an eye on the space, more brands will enter the Virtual Reality realms and let’s not forget the Augmented Reality realms.

Now, the possibilities of VR and AR reach far beyond what we can imagine and given the multitude of applications, it should be no surprise that we reckon VR will be the next step in competitive esports.

We have a lot of content publishers to thank for the footage used in our video, and as such we listed them below for you to go check out their platforms to see more of their work. 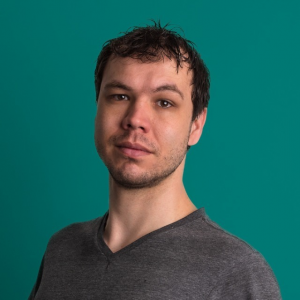 International man of mystery. Purveyor of digital media. Probably shouldn't be writing, but here he is. Strydom. Neal Strydom.