After months of Dota 2 fans throwing their wallets at Valve, The International 10’s prize pool is now the biggest in esports history.

At the time of writing, the prize pool sits at $34,334,847, which is roughly R577 million at the current Dollar to Rand exchange rate. That’s well over half a billion Rand…and if you say the number a couple of times out loud, some say you can hear Gabe “GabeN” Newell’s wallet burst.

Check out an image from Dota 2 Prize Tracker below, showcasing the growth of The International 10’s prize pool. 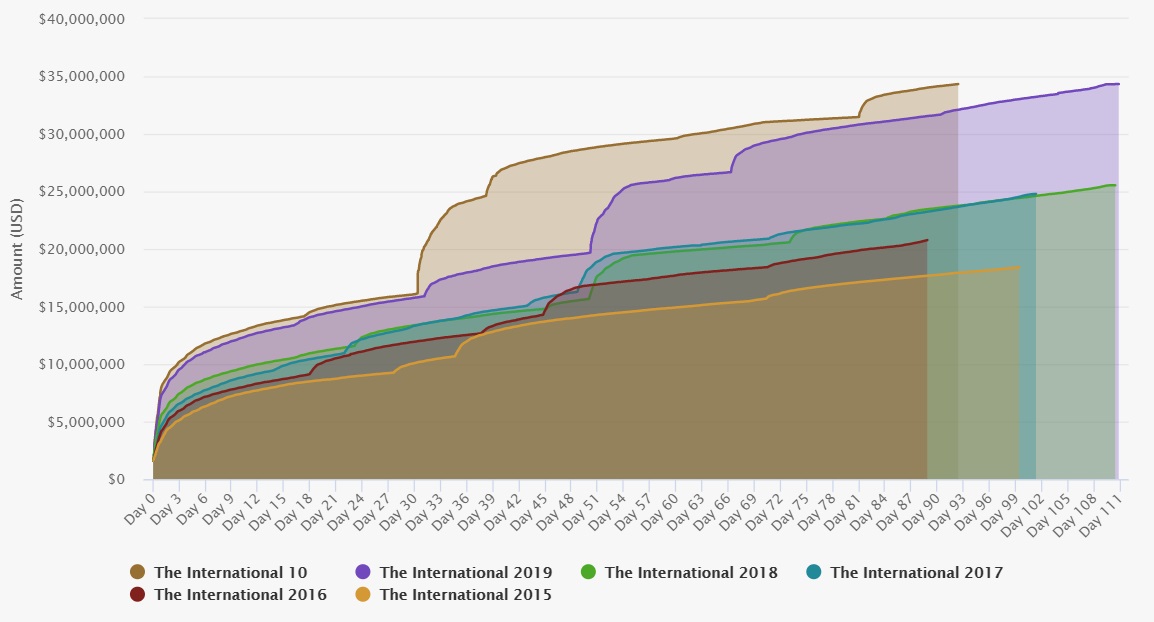 The Battle Pass ends on 19 September 2020, so there is still more than three weeks of growth left. Immortal Treasure III also still needs to get released, which should further boost the prize pool as Dota 2 fans purchase more levels.

We still don’t know the new date for The International 10 to actually take place, or the DPC to continue, due to the COVID-19 pandemic. What we do know, however, is that when The International 10 finally takes place, one Dota 2 team will claim the lion’s share of the biggest prize pool in esports history.