After the fantastic first Gamedock cup finished up, the tournament organizers have announced two more cups for South African CS:GO teams to participate in. These tournaments are in collaboration with ESEA, and there are some big cash prizes up for grabs. Here’s what you need to know.

First up, you need to compete in the ESEA League S35 – $180,000 and Mountain Dew League. Registrations close on 24 August, so don’t miss out on your chance to participate. In case you didn’t know, Gamedock partnered with ESEA to reintroduce the ESEA league to South Africa.

Check out the infographics from the tournament organizers below explaining both the Gamedock Open Cup and the Finesse Edition cup for South African CS:GO teams to enjoy, as well as all the important dates. 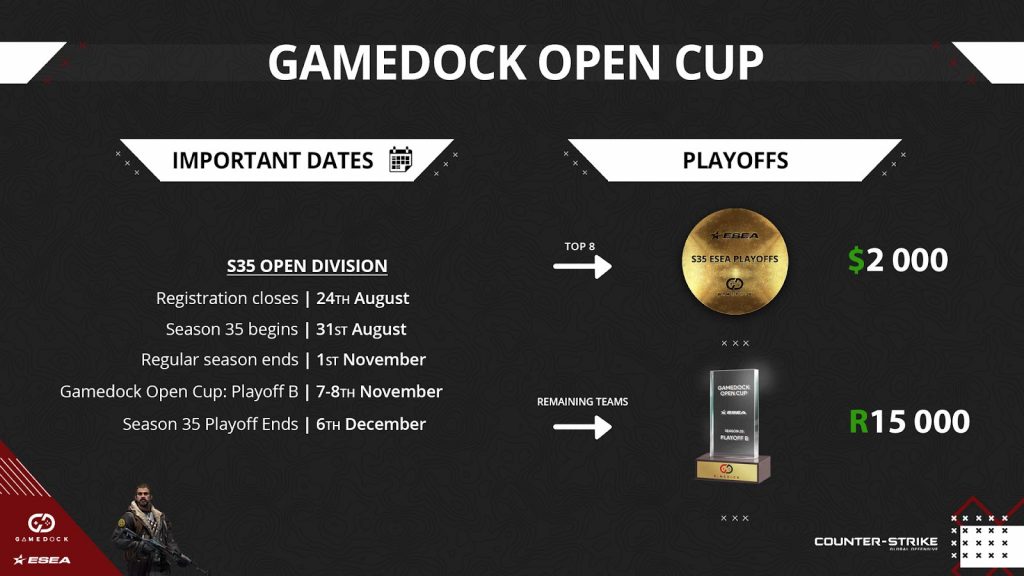 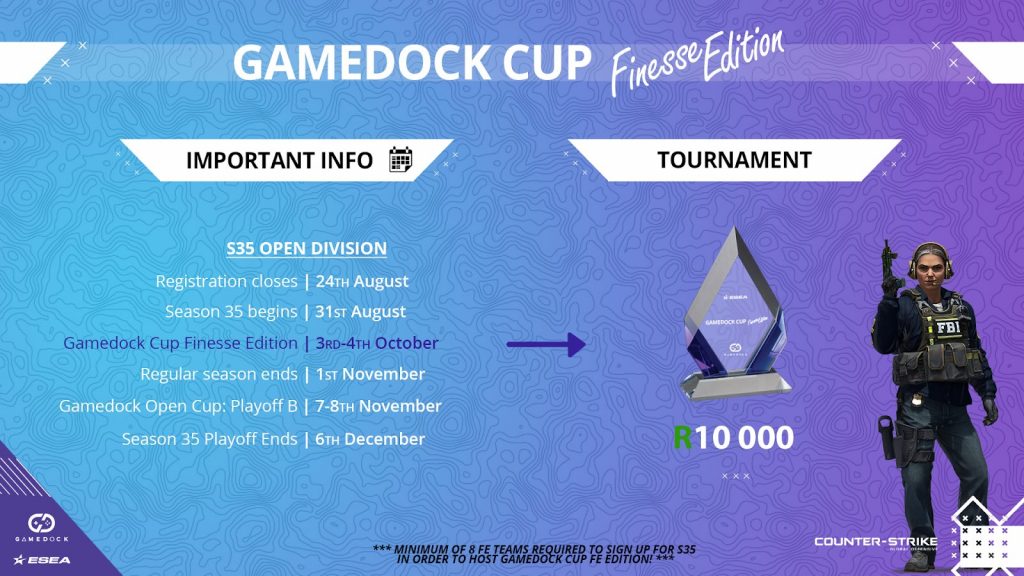 Mark those calendars with the important dates above, and don’t miss out on the awesome South African CS:GO tournaments coming your way.