This past weekend saw both Goliath Gaming and ATK take part in the Asia Minor Middle East Closed Qualifier. Unfortunately neither of the teams achieved their goal of winning the qualifier and reaching the next stage.

The teams travelled to Dubai from where they played their respective qualifier matches. They were there in their quest to compete at the ESL Rio Major 2020. Alongside six other teams, they were all competing for the lone spot at the Asia Minor, which is to be played in Rio, along with the Major.

Sadly the qualifier will be remembered for the wrong reasons. There were a bunch of logistical and operational problems which made it really difficult for the boys to succeed. I’ll talk about the issues first and then the results to give the full context of each of their matches.

To everyone’s surprise, against certain opposition in the qualifier the South Africans had to play half of the match on Dubai servers, and the other half on European servers. Literally. One map on each server and if it goes to a third, each half would be a different server.

The rule was that you play your own map pick on the opposing teams server choice. It provided a really poor viewing experience because the team without lag would stomp the first map and then get stomped in the second. To give everyone an idea, it meant that they went from playing with a ping of about 20ms to 200ms. If the game went to a third map, a coin toss would decide on who’s server choice they’d start.

It goes without saying that you obviously want to start the third map on your own server choice. Chances are the team starting with lag gets frustrated throughout the half and are in a poor mental state once they get to play lag-free. On top of that, take into account the side on which you start. If you begin on CT with lag, and you go down 3-12, the likelihood of making a comeback, even though you’re now playing without lag, is pretty low.

The problem with trying to play CS with lag is that it eliminates so many important aspects of the game. Things like jiggle peeking, flicking, bhoping, wide swinging and even taking aim duels become near impossible. It basically becomes a matter of getting it over with and moving on to the next map or half.

In the end one of the teams in the final actually forfeited the last map in protest of the server issues. For more information on the server problems, check out a TwitLonger posted by one of the individuals from the region. 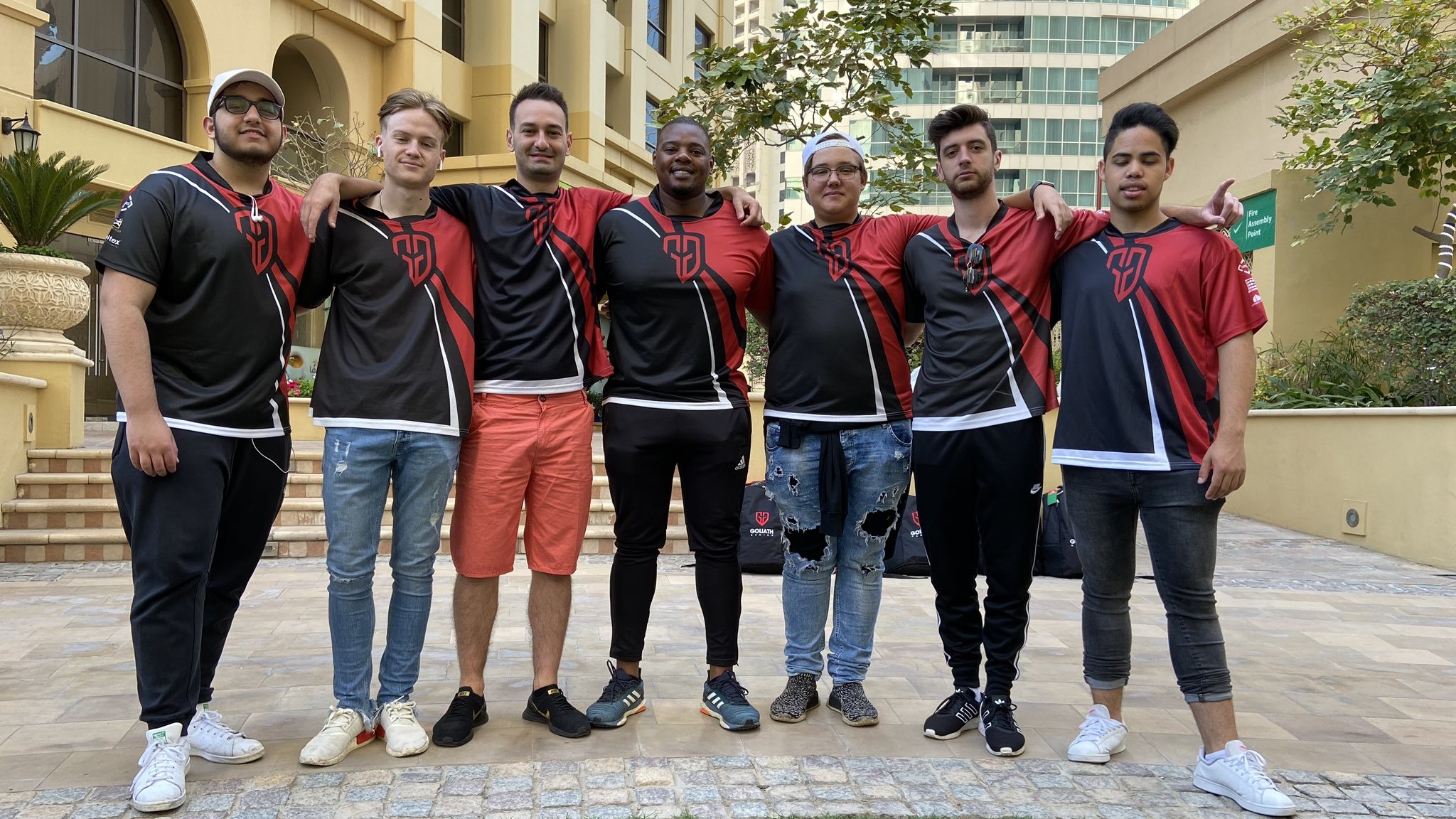 The GG squad received a direct invite to the closed qualifier. Not long before they left they discovered one of their players, Wiljahne ‘mango’ Smith, was ineligible to play because he is still only 15-years old and needed to be at least 16. In his place they fielded local veteran Robby ‘blackpoisoN’ da Loca, who had an impressive showing at the event, especially considering his lack of time with the team.

Goliath Gaming got off to a good start by winning their opening match 2-1, against NASR. The match would have calmed their nerves and allowed them to settle into the qualifier. Unfortunately they weren’t able to follow it up with another win in their next match.

They played against Yalla, a team that features some familiar names from North Africa. Goliath Gaming lost the first map, which was played on a Dubai server, in overtime 17-19. It was pretty much sacrilege to lose the map played on your server choice. They went on to lose their map pick 4-16 and as a result dropped down to the lower bracket.

Playing against the Israeli side Aequus, it was do-or-die for Goliath. A win would have secured them a spot in the lower bracket final, and a loss would see them eliminated from the qualifier. Unfortunately it was the latter, and it wasn’t even close. They got smashed 2-0 with two swift maps. Goliath were blown out of the water in the first half on both maps, going down 4-11 on Mirage and 2-13 on Vertigo.

What really played against Goliath is the fact that they were so limited in terms of their time together. It wasn’t long ago that Adam ‘adM’ Mansoor joined the roster, let alone the late swap of mango for blackpoisoN. Their map pool would have already been limited, and now they had to play their ‘strongest’ map with 200ms and then play their opponents strongest map, which chances are Goliath are weak on, with low ping.

Thulani ‘lighteRTZ’ Sishi: “We put a lot of prep into this event regardless of having to change players pretty much at the end of the bootcamp and felt pretty good going over. But we ran into issues, and quite frankly not use to playing CS on high ping, which challenged our mentality from the bootcamp scrims to the 1st game vs NASR till the last Aequus. It was clear its was more natural to other teams than us, Adm even made a comment after the game vs Yalla “guys I actually forgot that Yalla had high ping”. I think we had to adapt faster to the whole ping issue, whether it was in the way we played to how we did vetos and what server we chose to play on. It was tough… we didn’t get to play a match of normal CS with both teams on similar ping which compromises the integrity of the game. I cant say I’m happy with the outcome but its another learning experience we won’t forget. I’m sure ATK feel the same way. All in all the Middle East showed us CSGO is playable with 180+ ping” 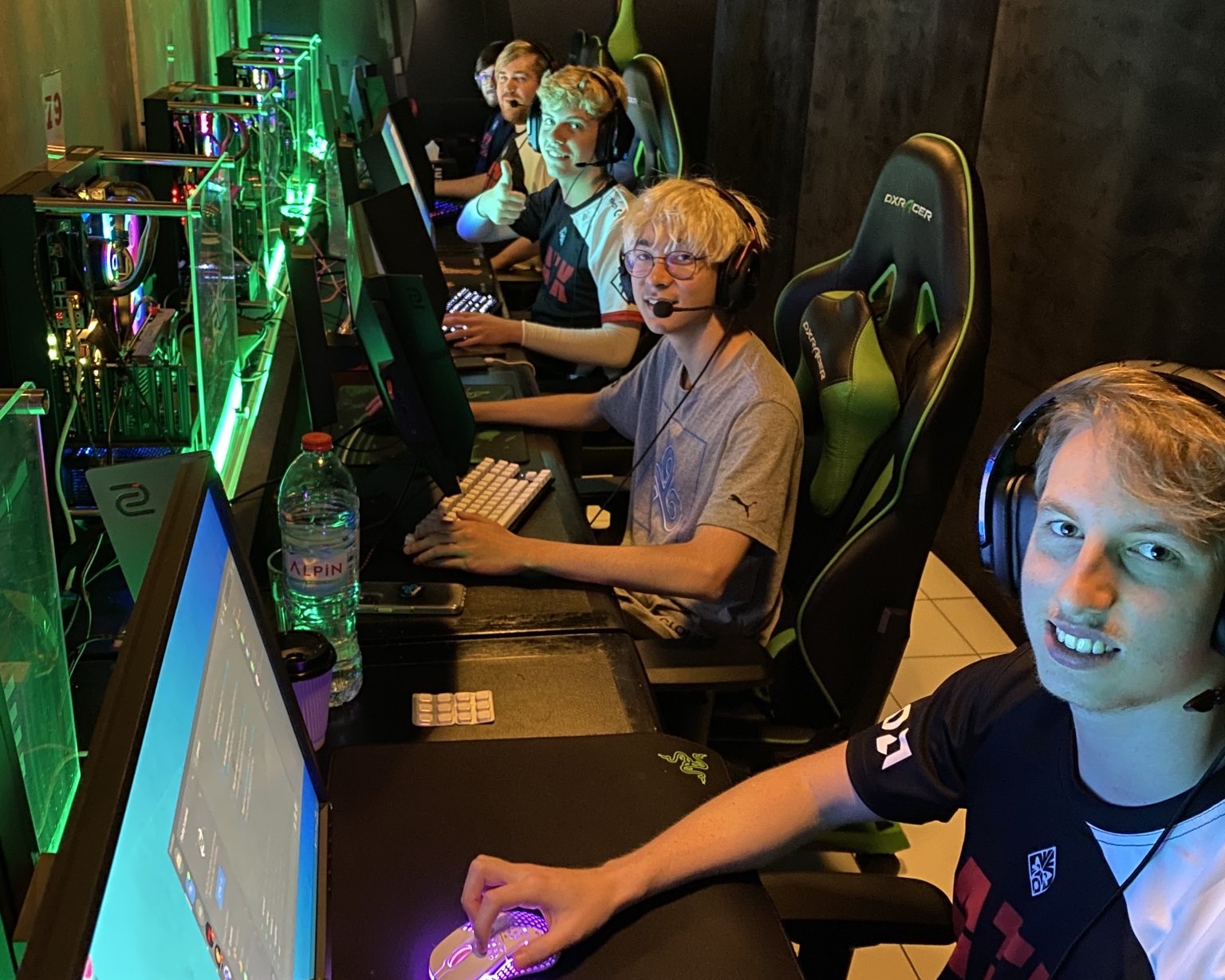 The ATK CS:GO team battled through the online qualifier to earn their spot at the closed qualifier. They kicked off their campaign against Yalla, and got off to a good start on the first map, which was played on their server. They inevitably lost the second map playing with 200ms leveling it out at 1-1.

The 3rd map was Nuke, and ATK did a really good job in the first half considering their lag. They managed to pick up six rounds on their T side and were heading into the second half in a commanding position. Sadly they dropped the ball in the second half and Yalla clawed their way back, and won the game 16-14, and with that the series 2-1.

The loss meant that ATK would have to make a run through the lower bracket to make it to the Asia Minor. Their first opponent was NASR, the team that Goliath Gaming dropped to the lower bracket. ATK managed to ‘comfortably’ win the series 2-1. I put comfortably in inverted commas because most people would say “how can it be comfortable if they lost a map?” Well, the map they lost they had a ping of 200ms, but they won the other maps 16-10 and 16-6.

ATK’s run, like Goliath’s, ended at the hands of an Israeli team. ATK managed to win the first map in overtime 19-16, the problem however was that it was on their server pick. Meaning even against players with 200ms the game went to overtime. The next map was a short affair with ATK being slammed 16-4 by Finest.  The third and final map again went down the wire.

ATK started the map on their server choice and managed a 12-3 halftime scoreline. Heading into the T side, I’m sure they’d thought that they had done enough to secure the win. Sadly though it wasn’t the case. Finest managed a near flawless half bringing it back all the way and won the map 16-14.  ATK had shown a lot of fight but it just wasn’t enough.

Gareth ‘MisteM’ Ries: “The overall experience was great where we bootcamped, but unfortunately due to the ping difference my overall feel dropped a lot as it wasn’t as professional as it should of been. In the end I hope ESL learn from this and don’t repeat this mistake.”

I can’t imagine how infuriating it must have been for everyone involved. Think about how much preparation time each team put into their respective map picks, just to play them with a ping of 200ms. All that hard work practically goes out the window.

There are positives though that come from all of this. The fact that our local teams are receiving direct invites to these international events and qualifiers is incredible. The more it happens, the more awareness we create and the more opportunities we have to showcase what we’re capable of. Not only that but it also shifts our scene forward- more individuals get international experience and bring that back home which perpetuates throughout the scene.

The biggest pity is that at the end of the day it wasn’t a fair competition. We have no idea who deserved to travel to Brazil to compete at the Minor the most. For such an important occasion it’s absolutely imperative that the integrity of the matches is not compromised.