PUBG Corporation is clamping down on PUBG Mobile cheaters. Nobody likes a cheater and unfortunately, PUBG Mobile definitely has a cheater problem. With the improved anti-cheat system as part of the New Era of PUBG Mobile, the developer has made massive strides in taking down cheaters.

A breakdown of the types of cheats which have been detected, resulting in permanent account bans, have also been revealed by the developer.

This is, without a doubt, a great step in the right direction for PUBG Mobile, a game which has been plagued by cheaters for a very long time now. 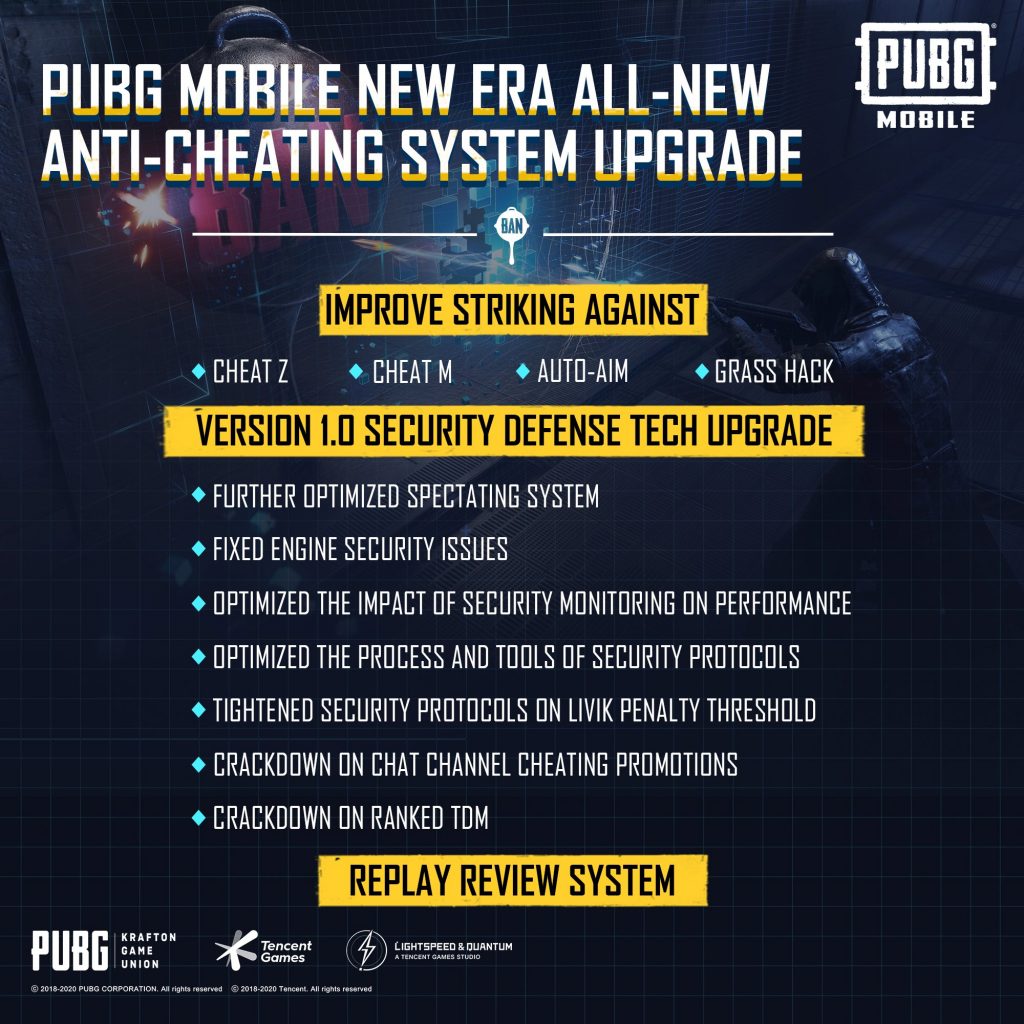 The developer isn’t stopping at just an improved, effective anti-cheat system either. PUBG Mobile now also has a Video Review System, which is similar to CS:GO’s Overwatch.

Players can watch replays and help spot cheaters, flagging the accounts they believe to be cheating.