ATK Arena League of Legends - We chat to their captain

South African esports organization ATK Arena recently announced their new League of Legends team. The team should look familiar to those who’ve been following the local scene, as they consist of the VS Gaming champions previously from White Rabbit Gaming. Now, we take a look at the team, their roles and what they hope to achieve in 2020 with ATK Arena.

First up, let’s introduce the team, as per details provided by their captain. 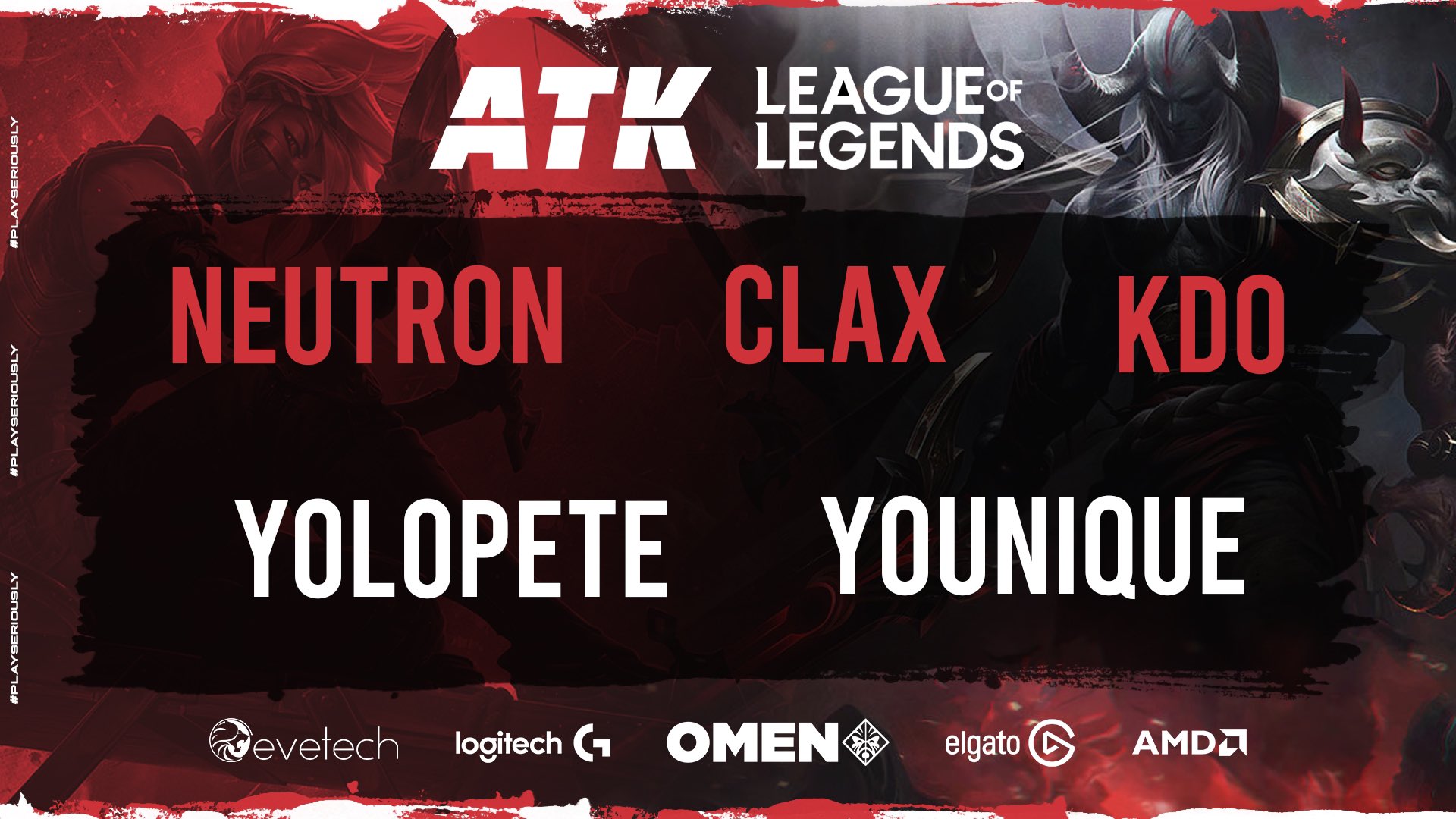 We asked the team captain, Gregory ‘Neutron’ Wessels, a couple of questions about the new ATK Arena League of Legends team, which you can check out below.

ESC: Tell us about the team acquisition and future plans

Neutron: “We were very sad to leave WRG after their immense support over the past 2 years, but ATK approached us with some great visions for the team and we couldn’t say no. We are very grateful for the generosity and warm welcome we have received from them thus far. We look forward to representing them this year and we hope we can make them proud.”

ESC: What are your ambitions for the team in 2020 and beyond?

Neutron: “This year we aim to expand the number of events we normally play in, particularly international ones. Last year we were fortunate enough to play at the ESWC Africa event, and we are hoping to attend again this year and take first place. We would also like to be VS gaming champs again. Other than that, we aim to improve both individually and as a team, as well as build an even stronger team bond.”

The ATK Arena League of Legends team is, without a doubt, one of the strongest in South Africa. We will keep you updated on their progress and hopefully, they can attend ESWC Africa again this year and make South African esports fans proud.