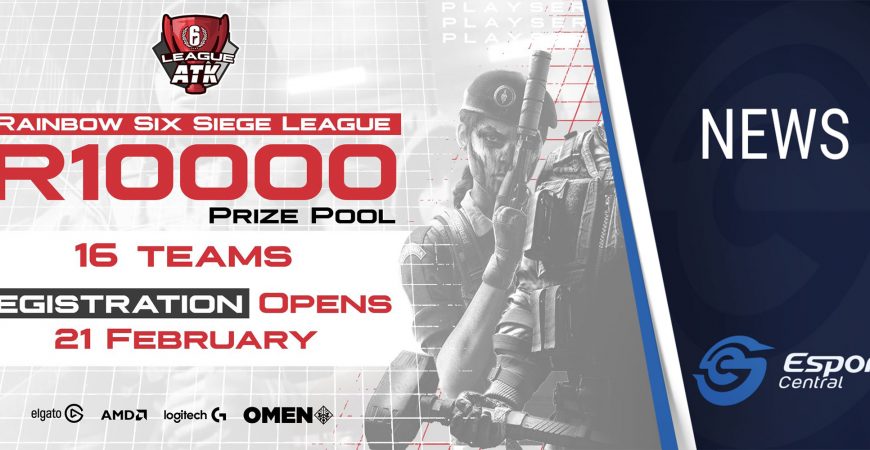 ATK Arena has been very busy, with their CS:GO squad qualifying for the Closed Qualifier for ESL One Rio set to take place in Dubai, their expansion into League of Legends, and their next Saturday Social event that takes place on 29 February, to name just a few announcements. ATK also recently announced their Rainbow Six Siege League with a prize pool of R10,000 and today, 21 February 2020, registrations will open up. Here’s everything you need to know about the local Rainbow Six Siege league.

How to register and league start date

Registrations for the ATK Rainbow Six Siege league opens up midday on 21 February 2020. The league will be played on PC and feature 16 teams in total, so there are 12 spots to fill. The invited teams take up the first four spots.

You can register your team on the league’s Quicket page. Team registration costs R500. This will cover your core roster and up to two additional subs. Some additional notes for registration include that:

If you are interested in joining the ATK Rainbow Six Siege league, then you need to know what is at stake and what the tournament format is. Keep in mind that this is an online league, while they do plan to branch out into LAN play-offs in the “very near future”. Check out those details below.

So there you have it, everything you need to know about the ATK Rainbow Six Siege league for local players to participate in.